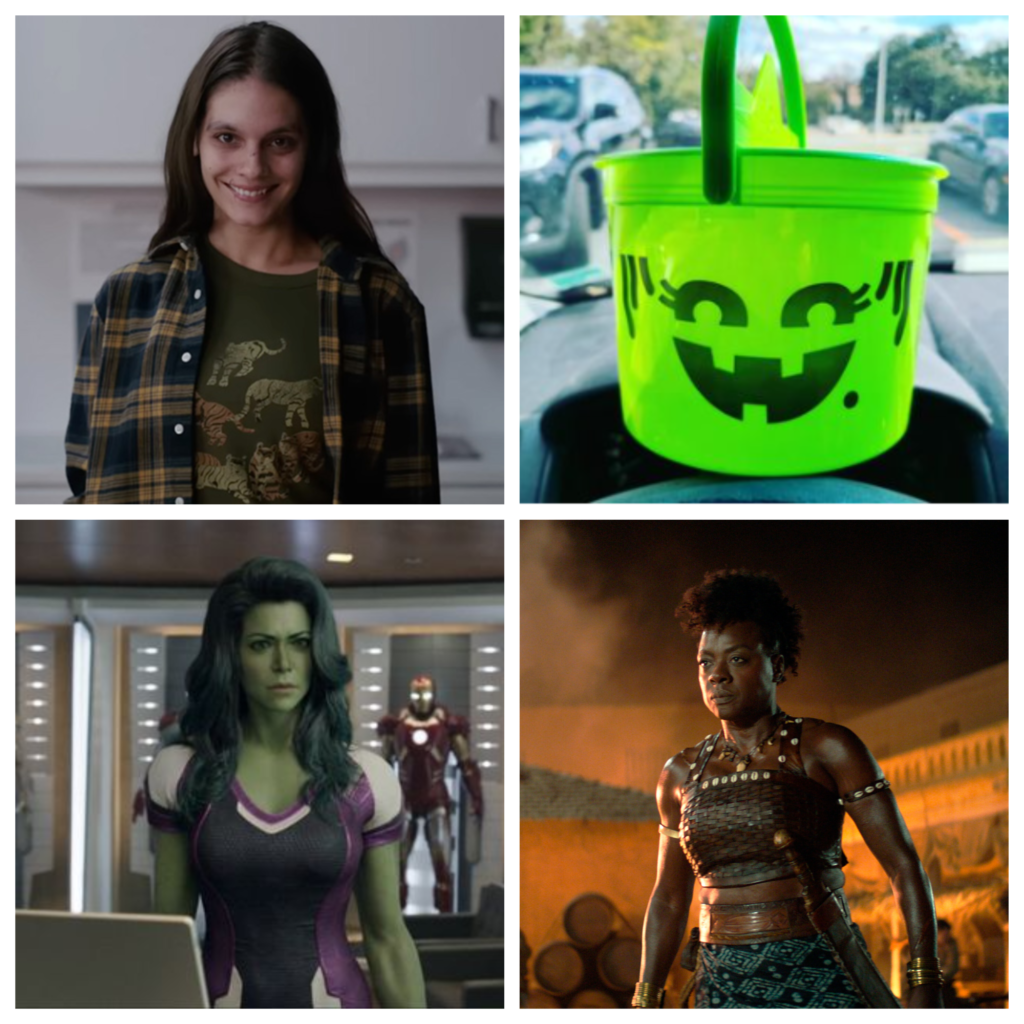 Howdy! Welcome back to your favorite semi-weekly pop culture roundup. 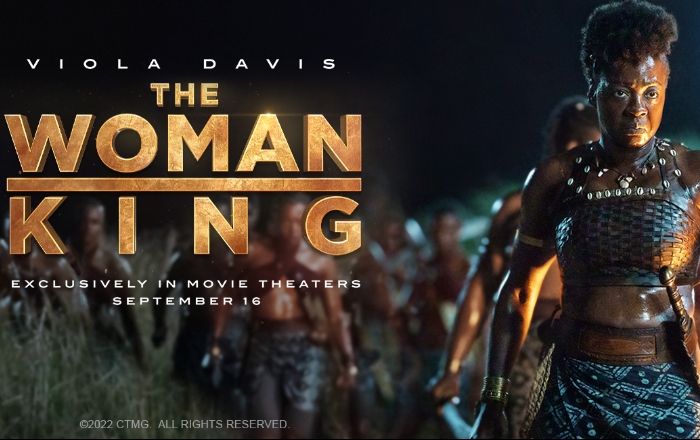 I’d never consider myself a “movie guy” (even though I own a ton of physical media), but I’ve found myself actually going out to movies recently. A few weeks back, for our anniversary, we went to see The Woman King. Odd choice, right? It wasn’t mine! Anyway, I actually really enjoyed it, despite the controversy surrounding its historical inaccuracies. Viola Davis was great, as were the rest of the Dora Mil…I mean, her warriors. The action was really impressive, and they really pushed the boundaries of that PG-13 rating, in terms of violence. The only part I hated was when this suave El DeBarge looking dude came along, trying to save one of the girls from being sold into slavery. I know he meant well, but that dude just suuuuucked. Anyway, nothing says “love” like leaning over to your wife, and saying “Happy anniversary, Colonizer.” If you get the chance, definitely check it out and get some culture! 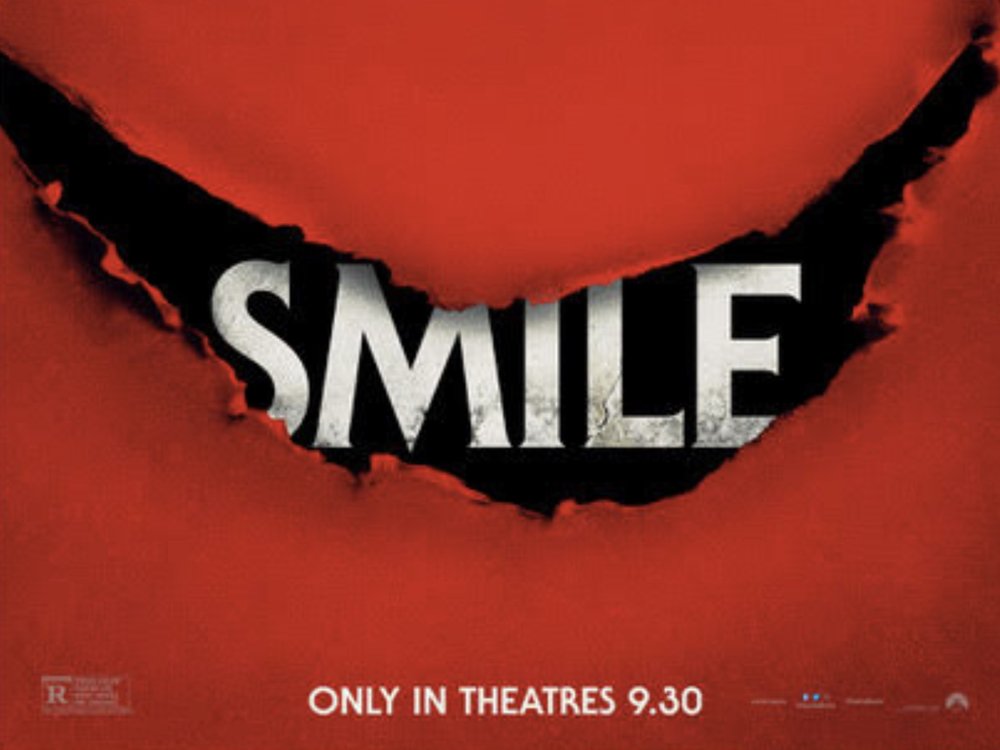 If you know me, you know that horror is NOT my genre, yet I found myself in a theater, watching a horror film for the second time in a month. Mike invited me to go see Smile, and I had a morbid curiosity about the film, so I gladly joined him last Saturday. Let me just say that the viral marketing of the film was much scarier than the film itself. If you’re not familiar, the studio hired these girls to stand up during major sporting events, with creepy smiles on their faces, for the entire game. Terrifying stuff, right? The movie, though, not so much. A psychiatrist gets a patient who explains to her that some…thing was after her, and it would appear in the form of people in her life, either alive or dead. The only thing consistent about the sightings was that the people always appeared with a cold, terrifying smile on their faces. When the patient kills herself in front of the psychiatrist, the doctor begins to think the entity is now after her.

Considering we’re told that the entity appears in the form of smiling faces, I didn’t feel there were enough smiles in the film. Maybe they were going for a “less is more” approach, but I never got scared. To be honest, this relates to another issue I had with the film: its pacing. The editing on the film is terrible, as its tempo doesn’t work. The jump scares fail because they feel like they’re “off the beat”. While a jump scare is supposed to catch you off guard, think of the film as having a metronome. The scares comes either before or after the beat itself, so it’s either too rushed or too late to be effective. I hope my music theory folks out there understand what I’m trying to say there. Anyway, I laughed way more than I was probably supposed to, so I’d say the movie failed in its mission. 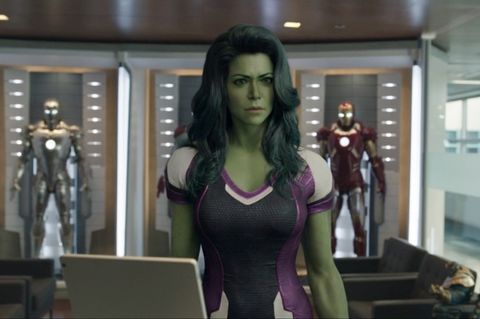 She-Hulk‘s first season concluded last week and, while I enjoyed the series immensely, I didn’t love the finale. You see, the storylines are about to converge, in the culmination of this epic battle BUT instead of actually going through with it, She-Hulk breaks the 4th wall, comes into our universe, and visits Marvel Studios to confront them on how trite and formulaic she felt the ending was going to be. There’s a whole lot of inside baseball jokes about how MCU projects work, and She-Hulk convinces the studio to take a different approach, that almost results in something of a non-ending. 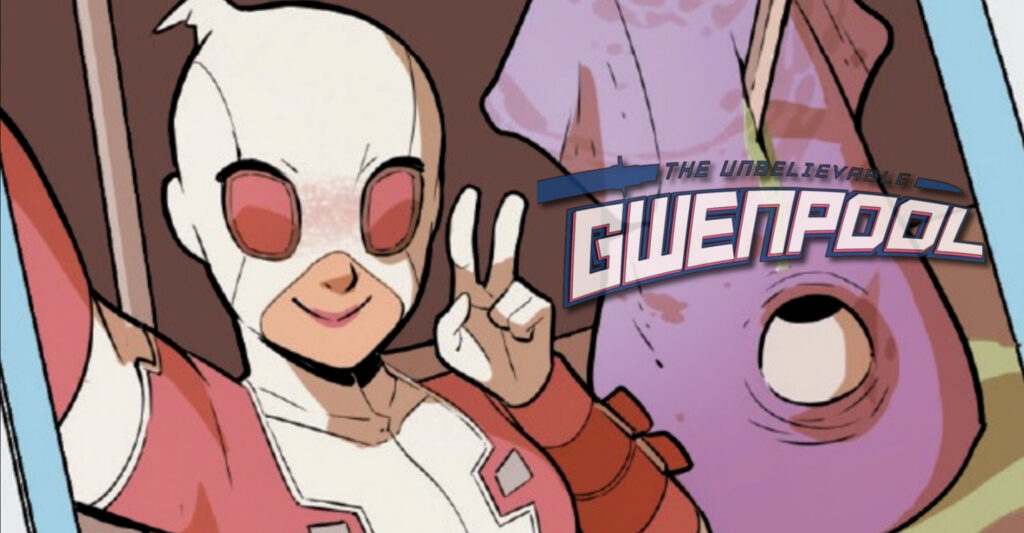 I’ve been a fan of She-Hulk since the John Byrne run, so I know all about her breaking the 4th wall. I actually like that, but this was that TO THE MAX. In fact, this felt beyond anything She-Hulk, or even Deadpool, would actually do. No, this felt like a Gwenpool move, and that was wrong for this character. If you’re not a comic reader, then you won’t know that Gwenpool is a character that Marvel pushed HARD about 8 years ago. She seemingly came out of nowhere, as a girl from “our” universe, who ends up in the Marvel 616 universe, so she has an almost encyclopedic knowledge of the Marvel Universe since they’re all comics she’d read in her universe. Sure, She-Hulk might talk directly to the reader, but showing up at Marvel Studios, basically doing a takedown of the MCU Process? That’s Gwenpool all the way.

So, with this being the She-Hulk finale, it almost felt like they went way over budget, and then needed to find a cheaper way to wrap things up. Considering the struggle they seemed to have keeping the CGI consistent, I wouldn’t be surprised if that’s actually what happened. Anyway, I’m not one of those “MSheU” bros, so I loved the show. I just wanted something different from the ending.

I got tired of watching Three’s Company, so my new favorite Pluto channel is Star Trek which, despite there being about 8 different shows they could choose from, only seems to loop seasons 3-7 of The Next Generation. Fine by me, because there’s only so many times I can watch Tasha die or see Riker get the power of the Q. No, these seasons are my sweet spot, and I’ve been on quite a tear going through all of them. That’s why this trailer is just perfect to me! The crew of the Enterprise-D, being hunted? Moriarty and Lore are back?! I cannot wait. I simply can’t wait. Lord, please don’t let me die in an accident before this thing airs!

Yeah, it looks good, but I feel like I’ve seen this before. The whole “Did you forget where you came from?” angle has been played to death. The MCU folks are pointing out that it’s Killmonger vs Kang, but that does nothing for me here. No, I feel conflicted. I thought the first Creed was an interesting experiment, giving a nice coda to the Rocky franchise (even though Rocky Balboa had already done that). But then they made another one (which I haven’t seen), that still used Rocky (this time Rocky IV) as its springboard. And now another one. I’m left wondering if the Creed movies are good, or if they’re just buzzards feeding on the corpse of the Rocky franchise. Add to the fact that Stallone claims he doesn’t have an ownership stake in Rocky, while MGM continues to milk that cow…it just leaves me feeling kinda icky. I’ll get around to watching this eventually, when it pops up on TNT or something, but I won’t be seeing it in a theater. 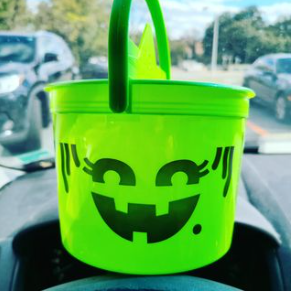 If there was one thing everyone was talking about, it was the McDonald’s Happy Meal pails making their grand return after decades of being MIA. McDonald’s needs to give their PR firm a raise because, between this and the Cactus Farm Happy Meal Box, they have kept the restaurant chain in the conversation for the past few weeks.

Officially released to restaurants on October 18th, the set of pails is comprised of McBoo (the ghost), McGoblin (the witch), and McPunk’n (the pumpkin). Upon release, it appeared that McBoo was the most common, as everyone on social media seemed to have gotten him on Day 1. I went Wednesday, and ended up with McGoblin, and someone told my wife that McPunk’n is set to come out today. It’s a really popular promotion, as it plays on elder millennial nostalgia. I posted a TikTok about the promotion minutes after it was announced about 2 weeks ago, which performed on average with the rest of my posts on that platform. Then, on release day for the pails, it blew up. It’s currently at over 5,000 views, which isn’t a lot to many, but it’s definitely my most popular video to date. People are crazy about these McDonald’s Halloween pails, and that’s why they had the West Week Ever.