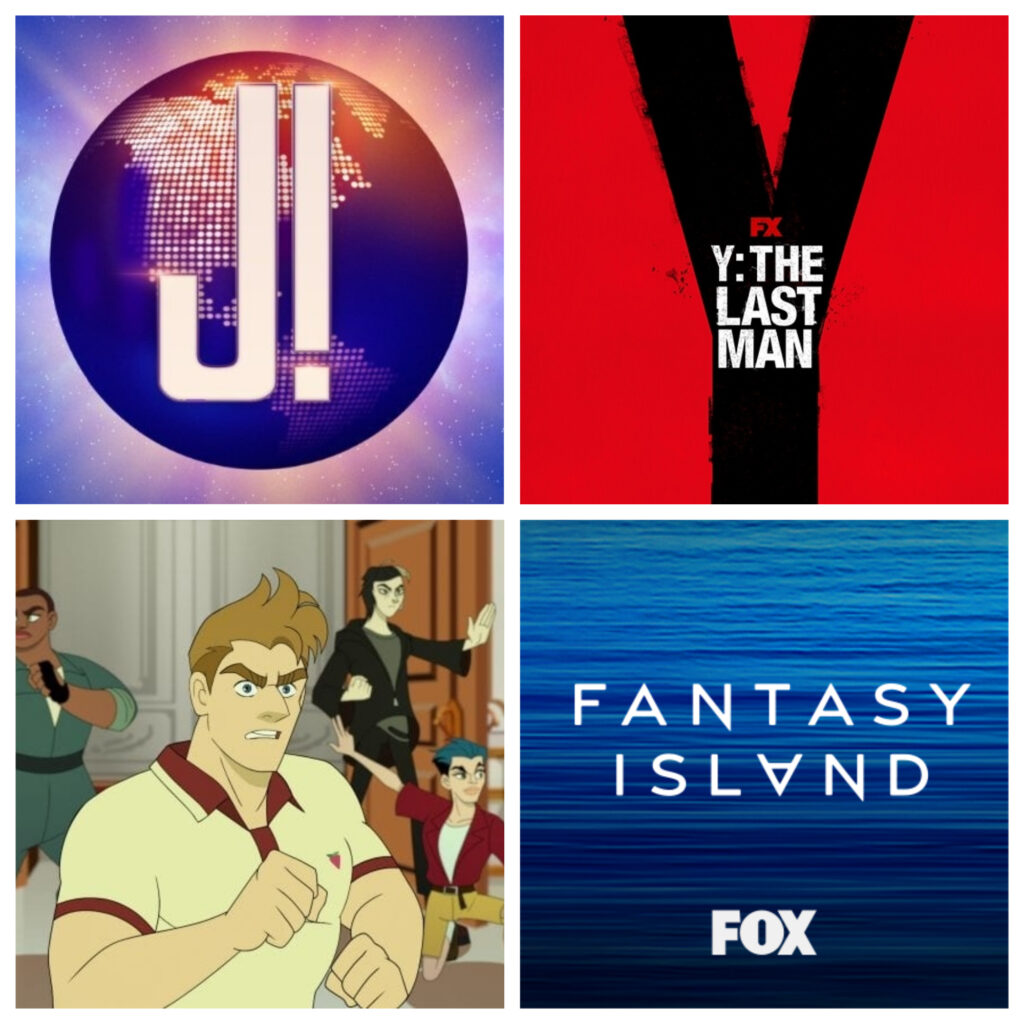 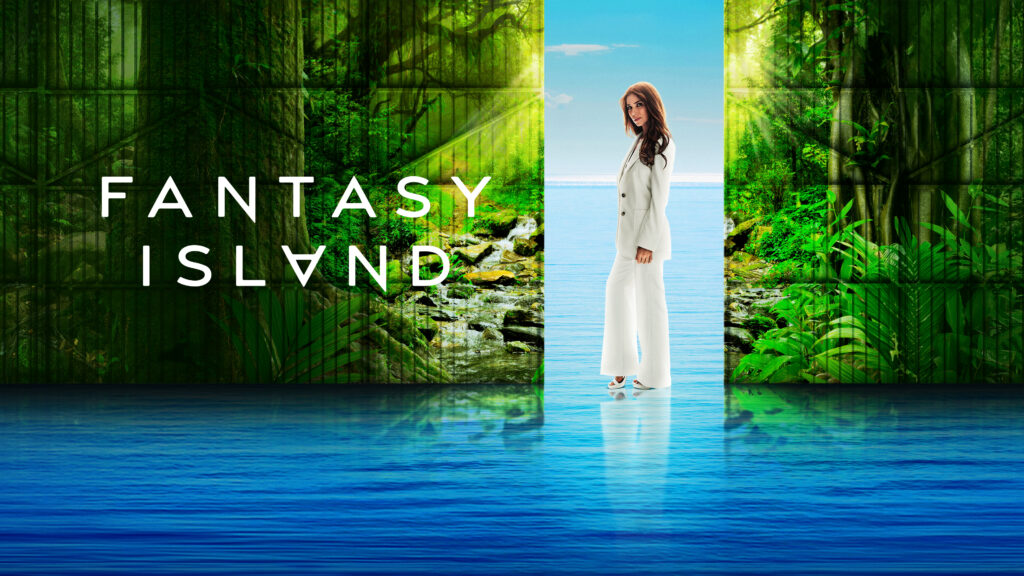 I don’t know what Hollywood’s obsession is with Fantasy Island. Sure, on paper, it’s a concept that holds a lot of potential. However, there’s already been a failed reboot, starring Malcolm McDowell, and a movie that I don’t remember a single person mentioning, starring Michael Peña. This week, however, a continuation of the original show debuted on Fox. This time, the island is run by Elena Roarke, who’s the great-niece of Ricardo Montalban’s character from the original series.

Now, I have to admit that I don’t remember a ton about the original Fantasy Island. I was too young to watch it in primetime, so I watched the syndicated episodes that used to air Saturday mornings after Soul Train. I mean, everyone remembers Montalban in that white suit, and little Tattoo, played by Hervé Villechaize. People would come to the island to make their wildest dreams come true. Other than that, I’m at a loss. Did it also have past-their-expiration-date guest stars like The Love Boat? Seriously, everyone on The Love Boat was either before their prime or on their way down.

This version of the show seems a bit more mystical than the original. Back then, you just accepted there was a magic island, just as much as there was an astronaut in a common law marriage with a genie. Shit was just simpler back then. But now every show wants to be Lost (God, I hate what that show did to television), so they’re all playing the long game with mythology, in a world where a guaranteed renewal is promised to no man. It very much feels like a Fox show, which I never count as a bad thing. It’s got shades of Fastlane in how it’s shot, and I LOVED Fastlane. There’s some twists and turns, and I saw some comments on reviews complaining that the show was “too woke”, but I don’t agree. It’s just more representative of the times in which we live. And I can see they’re really gonna tease out the “mystery of the Roarke family”.

I have so many questions, though. Like, how much must it cost to go to this island? I mean, considering the Disney Star Wars hotel is, like, $6,000 for a family of 4, a supernatural island that can make any dream come true has got to be more than that. In this ep alone, there’s an old married couple that are de-aged back to their 30s. What’s the premium on something like that? They seemed to be middle class, while the other guest was a Top 50 market morning show host, so neither was just rolling in money. Is there a lottery? Financial aid? Is it actually called “Fantasy Island” in brochures? Isn’t that a bit on the nose? Are there Yelp reviews?

Anyway, as a pilot, it wasn’t too shabby. I’m not gonna lie to you or myself here, and say that I’ll watch it weekly. I’ve got two kids. Ain’t nobody got time for that. But I will check in on it from time to time, and maybe binge it all once the season ends. Plus, there’s a Melrose Place reunion at some point during the season! If you’re looking for a show to hold you over until the proper TV season starts, you could do a lot worse than Fantasy Island.

Considering this thing has been in development for about a decade, this doesn’t look bad at all. I do agree with some friends that FX probably should have read the room on the whole “deadly worldwide pandemic” show, but this could very well be the next The Walking Dead – another show based on a comic series. Having read this series, I’ve got to say that I probably would’ve preferred a movie trilogy or something more contained, as opposed to an ongoing TV series. I read it collected in trade paperback form, and it DRAAAAAGS 3/4 of the way into the story. Had I been reading monthly, I probably would have dropped the book. I also hate the ending, because I’ve always said that series creator Brian K. Vaughan is simply not a “closer”. He’s got great ideas, but I have NEVER enjoyed the finale of any of his series. But I’m putting the cart before the horse here. Let’s see if it finds an audience first.

Is this offensive? I wanna say this is offensive, but I’m not gay, so I can’t be outraged on their behalf, right? Or is that true allyship? This looks like someone ran across Robert Smigel’s The Ambiguously Gay Duo shorts and said “This was totally made by a straight guy.” It’s got some big-ish names behind it, like Sean Hayes and Wanda Sykes, but it feels like a joke that was stretched out to a series and wore out its welcome. It’s like it wants to be Gay Archer, but did anyone ask for Garcher? I don’t really like Archer, though, so maybe that’s why this doesn’t do much for me. It probably would’ve been better as a movie, like that America: The Motion Picture that Netflix released and nobody mentioned again.

So it was quite the week for Jeopardy! Following months of guest hosting stints by folks across the spectrum of entertainment (I mean, Aaron Rodgers and Dr. Oz?!), the show finally settled on a permanent host to take over for the dearly departed Alex Trebek, Or did they?

Last week, there were rumblings that executive producer Mike Richards was in talks to get the permanent hosting gig, which triggered an outcry from the public. “Why put us through this dog & pony show, only to hire someone from inside?” To some extent, they did have a point. Richards was a strong, capable host, but his stint followed up a multi week long tenure by Jeopardy! G.O.A.T. Ken Jennings. Richards was #2 in what turned out to be something, like, 15 different guest hosts. Who can even remember back that far? Plus, there was also the little nugget that Richards had a sexual harassment suit filed against him from his time at The Price Is Right.

Meanwhile, everyone online decried the choice of Richards, most saying the job should have gone to LeVar Burton. I know their hearts were in the right place, but as someone who watched his hosting stint, and as someone who has watched the show for 35 years, it most certainly should not have gone to Burton. Look, I know that everyone loved growing up with Reading Rainbow, and it also didn’t help that he publicly lobbied for the job (He wasn’t even on the original list of guest hosts, and was only added after a social media campaign). Everywhere you read online, it was basically “LeVar Burton will be very disappointed if he doesn’t get the job, and you wouldn’t want to be responsible for that, would you?” Here’s the case against LeVar Burton: he was clearly nervous and uneven. He wanted it too badly, and it showed. He was, by far, not the best guest host they had during this whole stretch. I’ll admit I missed some weeks (like Mayim Bialik’s supposedly successful stint), but Burton wasn’t even in the Top 5. Next, he’s 65 years old. Who knows what will happen to television in even the next 10 years, but they’re looking for someone for the long haul, so they had to skew younger. And, just to circle back, he just wasn’t that good. I’m sorry, but it bes that way sometimes. Maybe if they had given him more than one week, he could have eased into the role. I know we wanted him to get it “for the culture”, but from what we saw from those 5 episodes, he wasn’t it, chief.

So, after a week of filiBurtoning online, Sony came back this week with some official news: yes, Mike Richards would host the weekday syndicated episodes of Jeopardy! But, there was a twist: Mayim Bialik would host any special episodes, like primetime specials or tournaments. I had read a lot of good things about Bialik’s stint, and I hate that I missed it. Plus, she’s got the age component, and she’s a woman, so that’s checking some boxes. Still, this news smelled more like damage control from a week of wailing and gnashing of teeth than the original plan the show had come up with. Then, the Bialik backlash started. Folks brought up how she shills for phony “brain pills”, and how she’s supposedly an antivaxxer. I can’t speak to all that, but I do think she’s kinda weird, especially considering her friends nominated her to be on What Not To Wear back in the day because she dressed like a bag lady.

I don’t know how this is all gonna shake out. I wouldn’t be surprised if they came out next week and said that Burton would host the Teen Tournaments going forward. Things are just that crazy and uncertain right now. What I do know is that people wanted to make sure the person chosen could fill the shoes that Alex Trebek left behind. This week, more people cared about Jeopardy! and its legacy than ever before, and that’s why it had the West Week Ever.