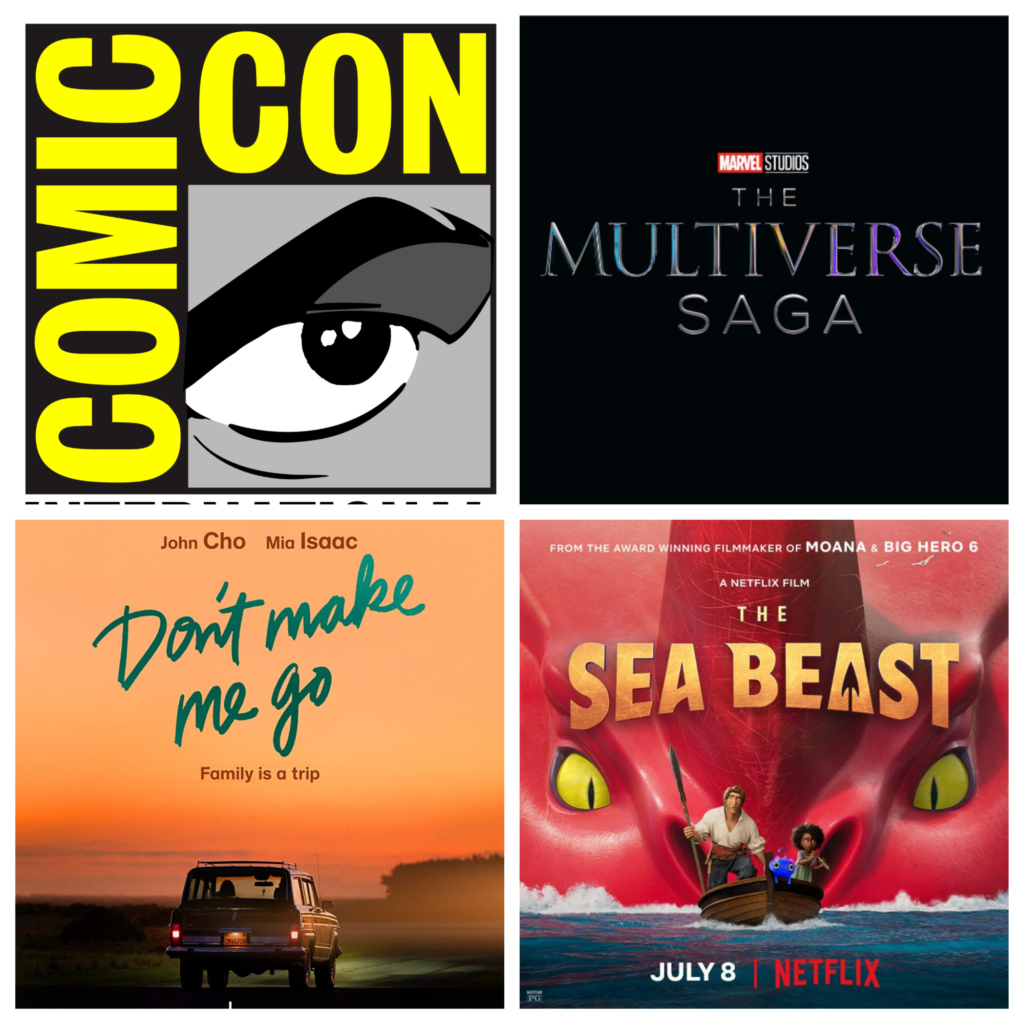 Last week I was on vacation in the Outer Banks, but it wasn’t all fun in games because I was sick the entire time. No, not the ‘Rona, but almost as bad. So, all I did was lie around and watch stuff. At least that gave me something to write about (cue up “Everything Is Content” song). 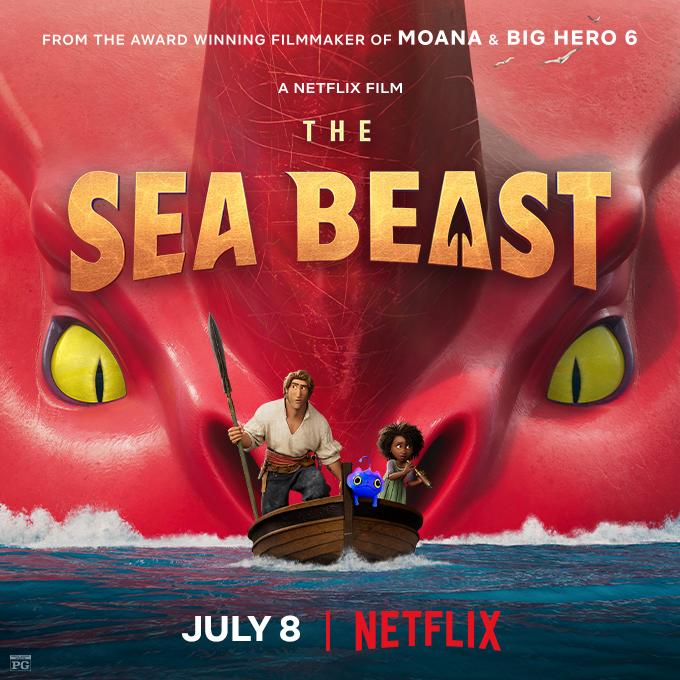 First up, I watched The Sea Beast on Netflix. I had never heard of it before my wife turned it on, but apparently my youngest had already watched it at the babysitter’s. It’s an animated multicultural pirate tale about The Hunters, who are sent out by the royals to kill the sea beasts that plague their land. That’s how it had been for hundreds of years until a young girl shows up and starts to chip away at the legend that folks had been told.

The thing that stuck out to me was that the protagonist was a young Black girl named Maisie, and you don’t typically see that in a pirate story. She’s an endearing character, and you can’t help but love her the minute you meet her. The film has a stellar voice cast, including Karl Urban, Dan Stevens, and Jared Harris, and the animation is gorgeous. It’s nice to know folks other than Pixar are cranking out good animated stories, and it’s a shame a lot of them get lost in the shuffle. So, if you’re looking for a cute movie to watch with your family, definitely check out The Sea Beast. 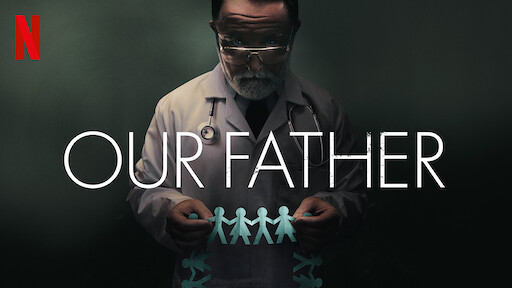 Next up, I watched a Netflix docu-drama called Our Father, about fertility doctor Donald Cline who used his own sperm samples to impregnate his patients. He had told the families that he was using volunteer sperm, and that the samples were used sparingly enough that no more than 3 children were conceived using the same donor. Well, Cline was a big fat liar, because he pulled up to self serve, and he used his own sperm much of the time. By the end of the movie, there were a reported 96 siblings (!) conceived from his sperm. The weirdest part was how Cline was just so cold and unfeeling. These offspring wanted an explanation as to why he had done it, and all he could do was quote Jeremiah 1:5: “Before I formed you in the womb I knew you”. This led a few of them to believe that Cline was a member of the Quiverfull Movement, in which White families were encouraged to procreate as much as possible in order to save the White race, and that they would send those children out into the world from their “quiver”, as arrows for the Lord. Crazy, crazy stuff, man. It was an interesting watch, but it leaves you unfulfilled at the end. There’s more to be told of this story, but I don’t know if we’ll ever get the “truth”. 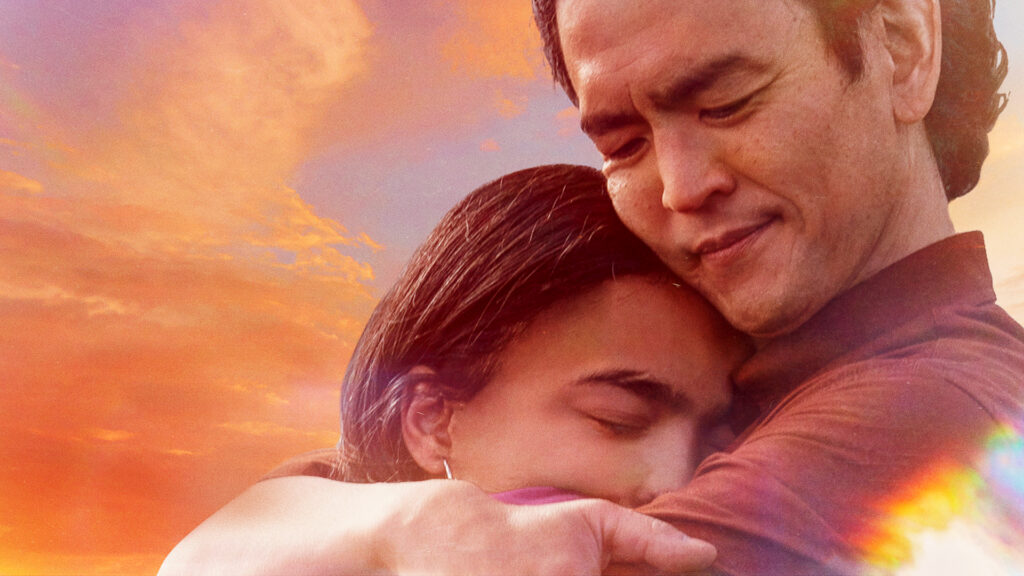 Finally, I watched a movie I told you about last time, Don’t Make Me Go, which is an Amazon Prime Original starring John Cho as a father who gets some unfortunate health news, and decides to take his teenage daughter on a road trip. It’s got the trappings of a “road movie”, although it thankfully leaves out the trope where the characters end up in jail. When the movie starts, the narrator tells you that you’re not going to like how the story ends. Based on what I’ve already told you, you probably think you know what that means, but you don’t. And I think I have to agree with the narrator, in that I didn’t particularly love the ending, but that didn’t take away my enjoyment of the film as a whole. Cho is great in this role, and I’d never seen Mia Isaac in anything, and she was fantastic as the daughter. If you’re looking for a nice dramedy to watch one Sunday afternoon, give it a watch and let me know what you think. 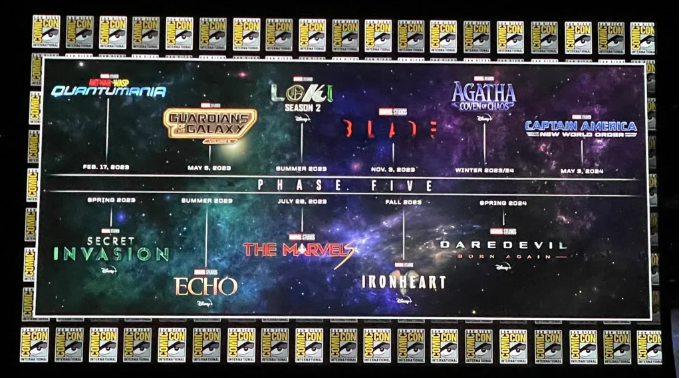 So the big news from the past week was the Marvel Hall H presentation at San Diego Comic-Con. It was here that they announced that Phase 4 of the MCU would end with November’s Black Panther: Wakanda Forever, and then they proceeded to announce basically everything for Phase 5. While Phases 1-3 comprised The Infinity Saga, Phases 4-6 will comprise The Multiverse Saga. The biggest surprise, however, was that they announced the entire saga would end with 2 separate Avengers movies (keep in mind they had previously said there would be no more Avengers films after Endgame, so I don’t know what you T’Challa people are so upset about considering it’s clear they just say stuff to be saying it), Avengers: The Kang Dynasty and Avengers: Secret Wars. Let me just say that, while there are some intriguing projects, nothing here really WOWed me. Instead of writing a whole book about the reveals, I thought I’d rather give some quickfire thoughts on the news that came out of the panel.

Chills! This is what we wanted all along, and it took them 2 seasons to get here. Seriously, I know they had this 3-season story in mind, but I feel like they could have skipped straight to season 3 and everyone would have been happy. I enjoyed season 1, even if it didn’t feel like Trek, but I’ve been dragging my feet on season 2. This, though, is the reunion we all wanted. One last trip around the galaxy with old friends. Can’t wait!

Still not feeling it. At first, I thought I was distracted by the off-putting CGI, but it’s been cleaned up and I still don’t like the tone of the show. Don’t get me wrong – I’m a big fan of the character and her comic series. I have all of the Slott & David runs, on which this show appears to be based. I’m not a fan bro complaining about the “MSheU”. But something just feels…off. I read that they were inspired by Phoebe Waller-Bridge’s Fleabag – a show I’ve never watched, but have been meaning to – so maybe I’m just missing something. I’m a sheep, so of course I’ll watch it, but I’m not excited for it.

SHAZAM! Fury of the Gods (theaters)

Ya know, it’s kind of amazing that the only character that Warner Bros has “figured out” is Captain Marvel. The first film was great and, while I wasn’t exactly clamoring for this sequel, this looks fun, as well. When I say “figured out”, I don’t necessarily mean it’s *faithful* to the source material (because I know some 50 year old dude is dying to go “Well, actually…”), but I mean they figured out how to make him fun, entertaining, and accessible – something that can’t be said for the rest of the DCEU cinematic slate.

Ah, the one everyone’s been talking about. Ya know, the #RecastTchalla folks are like the people who ask about the will at the funeral. Calm your asses down and give it some time. Seriously, we all know they’ll recast eventually because no one respects the dead more than they like money. Sorry, not sorry. Plus, it’s just not smart business, as there’s no other hero who’d be put on the shelf permanently just because their portrayer died. Hell, Stan is gone, and they still had him open the sizzle package in Hall H at SDCC over the weekend. Let the people grieve and tell their story, and then you’ll probably get what you want.

All that said, I am getting Iron Man 2 vibes from this film, just because it seems to be doing SO MUCH. We’ve got to deal with Chadwick/T’Challa’s death, we’re getting Namor, we’re getting Riri Williams AND her armor. There’s just a lot going on here, and as great as Coogler is, I don’t know if he can satisfactorily juggle all that. Anyway, one thing I don’t do anymore is play the speculation game, so I’m just gonna sit back, wait for November, and trust the process. Even if I don’t agree with their choices all the time, Feige et al have a plan, and they know what they want to happen. Nothing I can do to change it, so I might as well just accept it.

After 2 years of COVID interruptions, last weekend proved that San Diego Comic-Con is BACK, baby! All of the con staples were there, for the first time since 2019 – panels, show exclusives, Hall H reveals, CROWDS. If you’re a toy fan, you were probably following @preternia and @mattguzy on Twitter for the live reveals. If you’re a comic fan, I really don’t know who you were following. I mean, the only real comic news I saw from the show was that the creative teams on the Power Rangers comics were changing after issue #100. And, of course, we all saw the trailers for the upcoming blockbusters, and were inundated by the blast of upcoming Marvel content. It was like COVID never happened, and things were back to “normal”. I mean, we all know that’s not exactly true, but it’s nice to imagine sometimes. So, for being a return to the experience that fans have come to know and love, the 2022 Comic-Con International: San Diego had the West Week Ever.