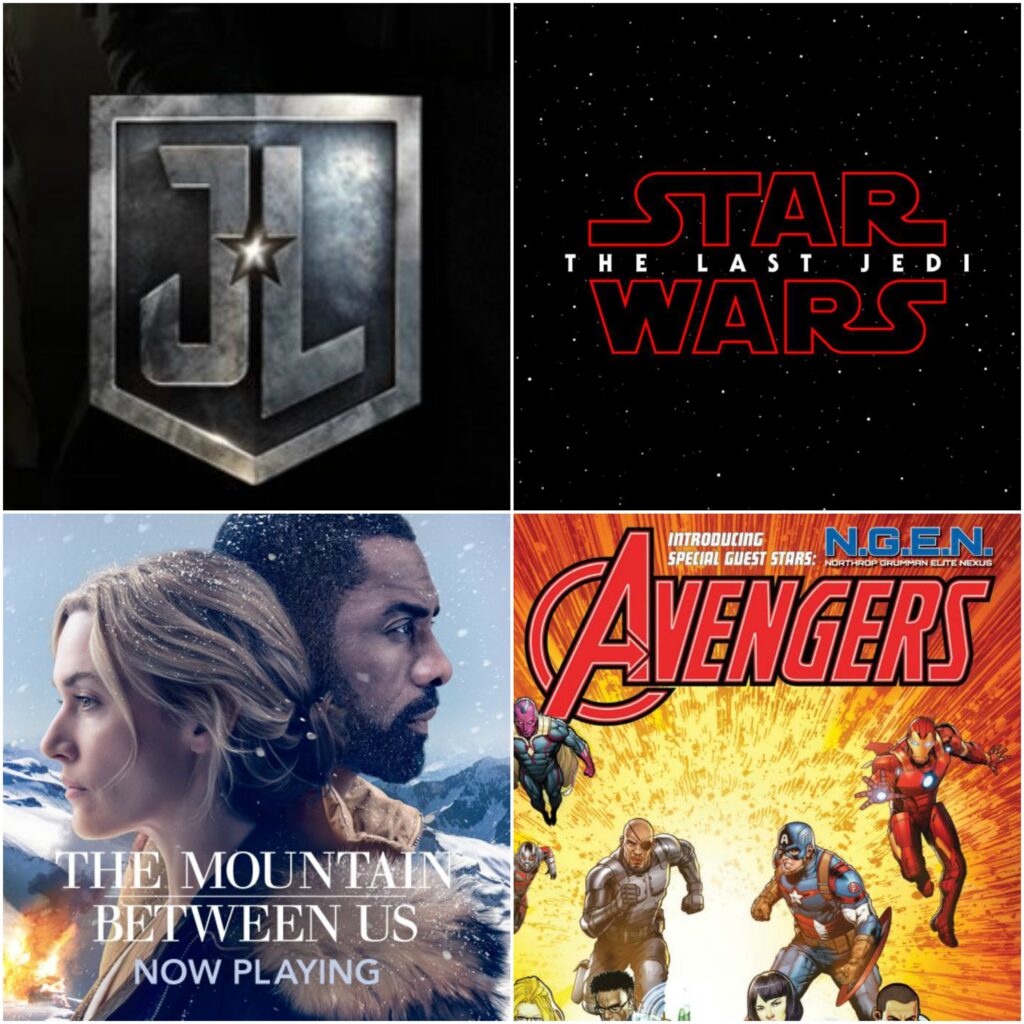 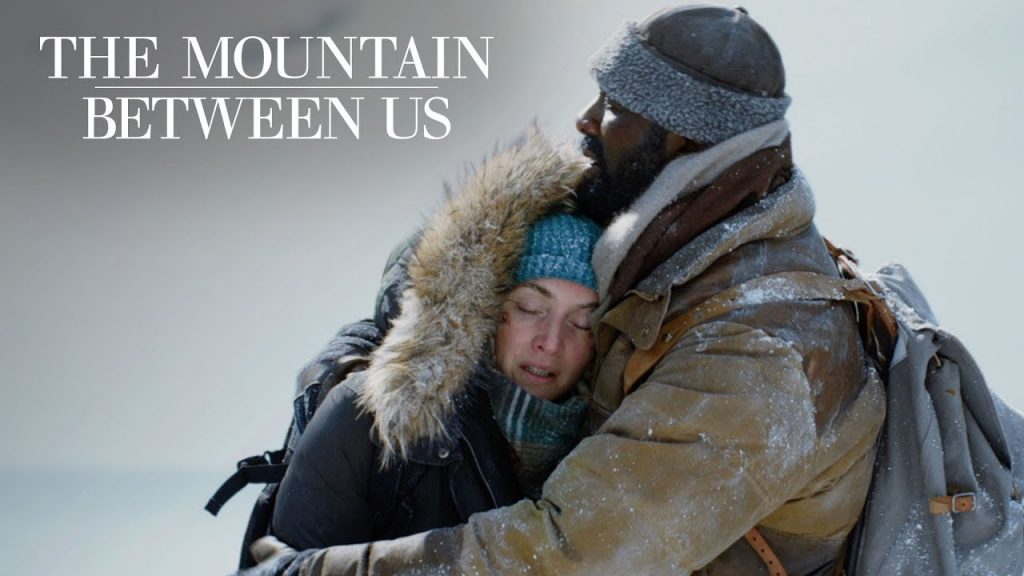 I’ve really been slipping on the movie front this year, especially when it comes to seeing things in theaters. So, to celebrate our anniversary, the wife and I went to see The Mountain Between Us. It stars Idris Elba and Kate Winslet as two strangers who have to depend on each other to survive in the wilderness after their plane crashes.

While this sounds like a “chick flick”, it was totally my idea for us to see it (she wanted to see Battle of the Sexes). I’m so glad I chose it, because it’s really good. I mean who else but Idris could look even better as he’s dying in the cold? I want to have his babies! And I really liked Winslet’s character, too. This is the kind of movie where I keep a running tally of all the moments where I would’ve have died. I have no upper body strength and I know nothing about the outdoors. I’d be a goner! There are a few nitpicks here and there, and the epilogue is a tad too long, but it’s definitely worth seeing once. I’ll probably never watch it again, but I’m glad I saw it.

We got a new Justice League trailer. Yippee. While I commend them for not blowing important plot points, this thing just fell flat for me. Like, it clearly has quips and one-liners, but is there an actual story there? People always go to the “Well, Marvel movies have quips” defense, but those movies also have a plot.  I mean, folks are gonna love Aquaman and Flash, but what’s everyone doing here? I still can’t get over the fact that Steppenwolf is the villain. Like I’ve said before, this is like having a Ninja Turtles movie with Bebop as the Big Bad. I think the real detriment to the film’s marketing is the fact they have to sidestep that Superman’s going to return, while the merchandising has already spoiled this plot point. At this point, they should just lean into it, as I’m sure there’s a good percentage of movie we haven’t seen yet because the footage is Superman heavy.

I guess I’m just hard to impress this week, as this trailer for Star Wars: The Last Jedi did nothing for me, either. I think my biggest problem with Star Wars right now is fandom speculation. “Who are Rey’s parents?” is a popular refrain. I often wonder if it even matters. Like, I’d much rather find out Finn is somehow the illegitimate son of Lando Calrissian than find out Rey’s just another Skywalker/Kenobi. I’m sure I’ll see this movie, but it’s got a very Middle Film of a Trilogy vibe to it, as it will probably pose more questions than it answers, building up to Episode IX. 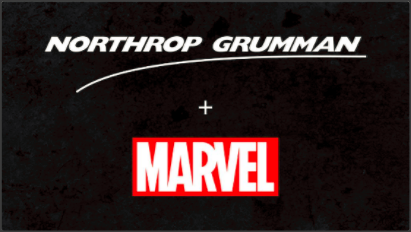 So, at New York Comic Con last weekend, Marvel had a string of public relations disasters, but the biggest probably concerned their partnership with Northrop Grumman.

If you live outside the Beltway, then you probably know Northrop Grumman as a defense contractor. Sure, they build weapons for war, but their entire scope requires more nuance than the “gunrunners!” label the woke Twitterati were giving them. They also built the Apollo Lunar Module, and provide communications equipment to various parties. 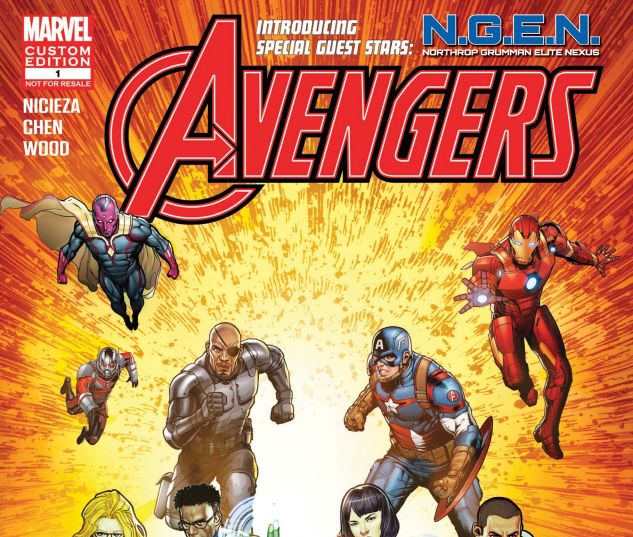 The partnership involved a comic book that was created for the event, called Avengers Featuring N.G.E.N. (Northrop Grumman Elite Nexus), as well as a panel where they were going to introduce STEM to new audiences. Now, the panel sounds kinda iffy to me, but I’ve seen tons of panels for dumber shit than this. On Twitter there was an outcry that Grumman was using this as a recruitment tool to get kids to want to buy into the military-industrial complex. I’m pretty sure, from the kids’ point of view, they just wanted some free shit. It really wasn’t that deep. I asked on Twitter how this was any different from the Avengers comics that are printed for the armed forces, and distributed at the PX. A friend replied that, while we may not agree with what soldiers do, they’re fulfilling a noble mission. To that, I ask “Where do you think they got the tech for said noble mission?” He said that they were war profiteers, but I point out that General Electric is a war profiteer. Hell, General Mills is more than likely a war profiteer.

My point is that there’s much more to companies like Grumman than the boogeyman stuff people choose to fixate on. As I said, to describe what they do requires more nuance than buzzwords and hashtags. I guess I’m more sensitive to this because of where I live, and the folks that I know. I’m not trying to play the “But some of my closest friends are Northrop Grumman employees!” card, but some of them are. There are a ton of Grumman analysts who wish they were as cool as gunrunners! Anyway, Marvel felt the heat, cancelled the panel, and decided not to distribute the comics (which are now collectors items – way to go, protesters!). Sometimes I think people just wanna find something to get upset about, and this felt like one of those times.

Speaking of Marvel, we got a new trailer for Hulu’s Runaways series that debuts next month. I like the Skins vibe that I get from the trailer, but I’m not loving the characters’ looks. They look like they’re starring in The Descendants 3. That said, I almost kind of wish the show was doing its own thing instead of an adaptation. What I mean by that is that if you’ve read the first year’s worth of comics, then you already know the big reveal. It’s pretty major, on a Keyser Söze level, so I don’t see how I can really go into this to be surprised. You can’t put that genie back in the bottle. It’s definitely not intriguing enough to make me sign up for Hulu, but I am curious.

Nothing had the West Week Ever, unless you’re a news outlet that printed a ton of stories on Harvey Weinstein. And even then, you’re probably one of the organizations that helped cover it up for so long. So, nobody gets a cookie. Try harder next week, America!