Well, I pretty much showed my hand in the title, but this one’s all about DVDs. Back in the days of yore, I was what you might call a “DVD whore”. Hey, that rhymed! Anyway, if it was cheap enough, I’d buy it. I used to tape any and everything off TV, even though I’d never watch it again. I’d probably have done it with discs, had it been easy enough. If I found a movie that I’d seen and kinda liked, or had never seen, I’d buy it if it was under $10. And I’d buy the first season of ANY show. Now, I’ve got more DVDs than I’ll ever watch before I die, yet I can bring myself to get rid of them. Don’t have time to watch them, either, ’cause I have 39 hours of Burn Notice on the DVR I need to get through. So, needless to say, I’ve cut back a lot in recent years. Still, with thrift stores, I still find myself succumbing to amazing prizes where DVDs are concerned. So, I’ve added a few more to the collection in recent months, much to my disappointment in myself. 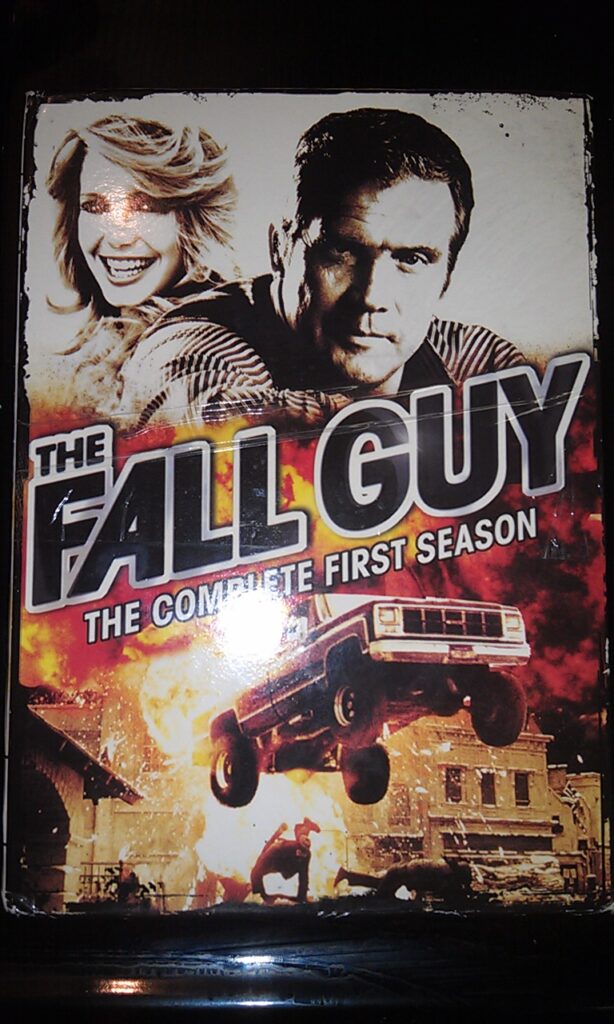 I’m totally the kind to kiss & tell, but I’d like to think I might have something in common with Colt Seavers. I mean, I’d love to jump my truck over shit, and I’d hire Heather Thomas if given the chance. Anyway, I had to buy this. I love this show, and this was only $4. This was one of the first shows where they did they “Season 1 Part 1” shit, so it’s a nice deal to get the entire first season without having to buy 2 different sets. 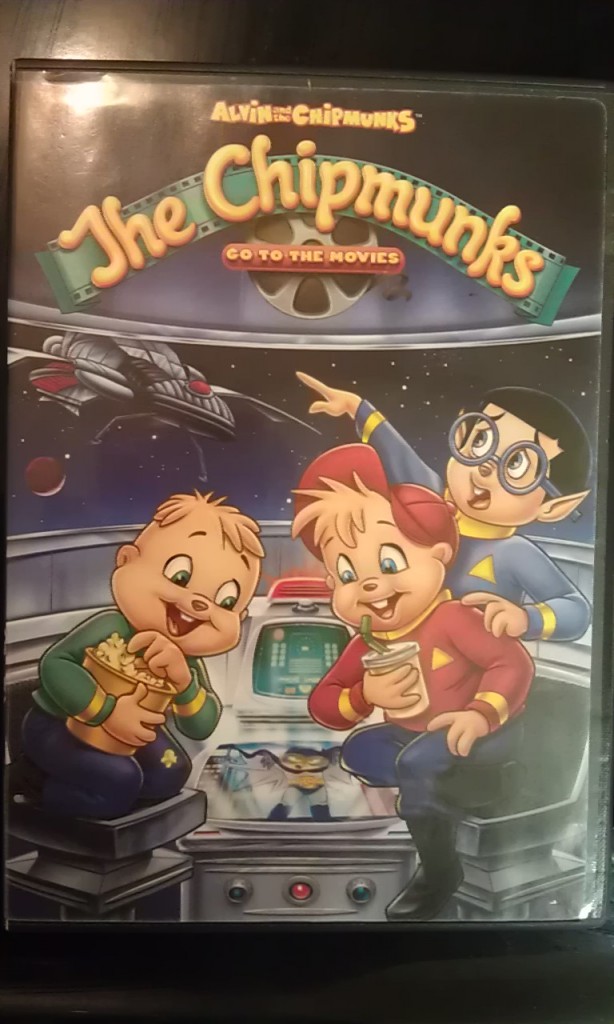 By this point, the “cool kids” had moved over to Fox Kids on Saturday mornings, but NBC ran all the steam out of the Chipmunks franchise. Once the whole pop star angle got tired, they decided to have the Chipmunks doing movie parodies, and the show was retitled Chipmunks Go To The Movies. It didn’t last long, nor was it very memorable, yet I had one episode on VHS – “Batmunk”. I had to get this DVD, as it has “Batmunk”, as well as “Star Wreck: The Absolutely Final Frontier”, and “Funny, We Shrunk The Adults”. I can finally get rid of that VHS tape! Yeah, I still have it, along with 21 tapes of Power Rangers episodes… 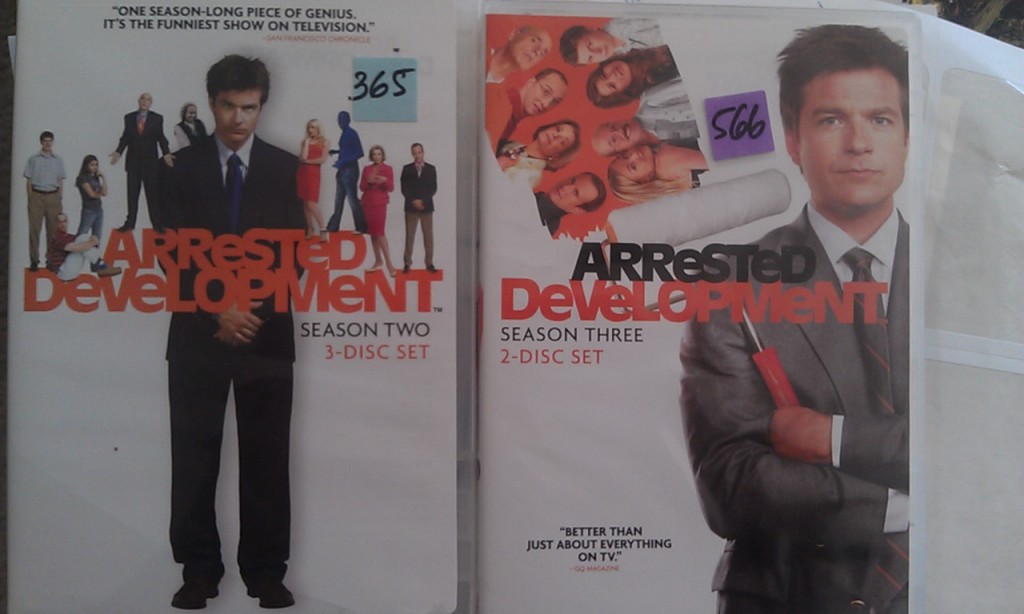 I’ve never  understood why everyone raves over this show. Sure, I watched it, but it was never “destination television” for me. It was simply “the show Fox hasn’t gotten around to canceling yet”. I enjoyed it when it was on, but I’m amazed it has this rabid following now, signing up for Netflix JUST to watch the upcoming season. So, clearly I missed something. I found these for $3 each, so I had to do it. I found Season 1 a few months ago, so now I just need to carve out some time to get through them. 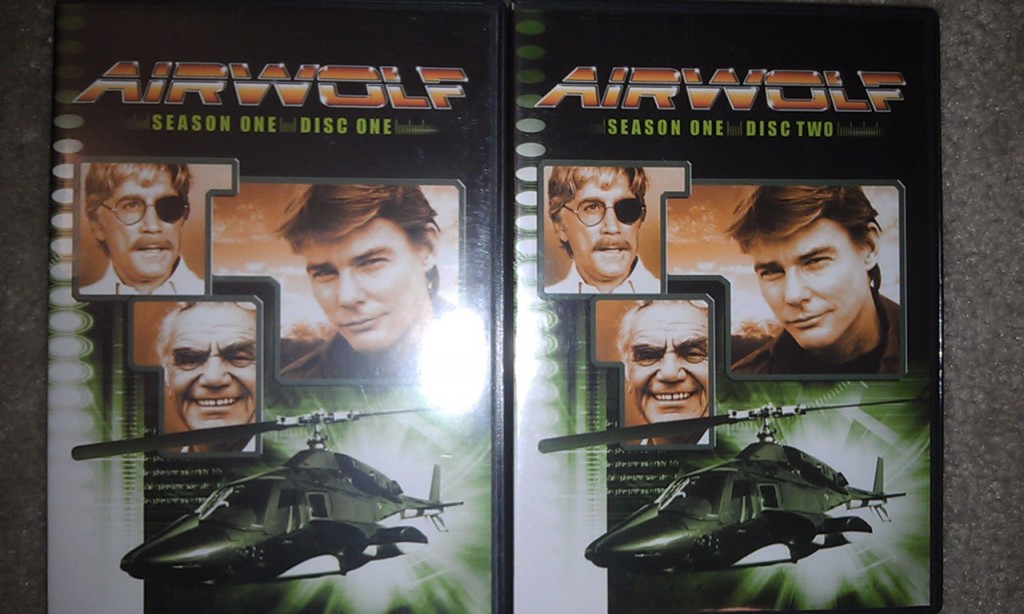 This is basically “Knight Rider In The Air”, right? Children of the 80s love to reference this show, but I don’t think I’ve ever seen it – this or that show that was “Knight Rider on a Motorcycle”. Sorry, but actual Knight Rider was good enough for me. After I did What’s the Scoop on UnderScoopFire’s podcast, I was mocked by the Twitter community for not knowing who “Stringfellow Hawk” was. Anyway, I swear I found these the very next week and figured, “Why not?” I mean, it’s worth is just to see that dude with the blacked-out glasses lens. He’s really on the show, right? Why he thought that was a better look than a regular old eye patch, I do not know. 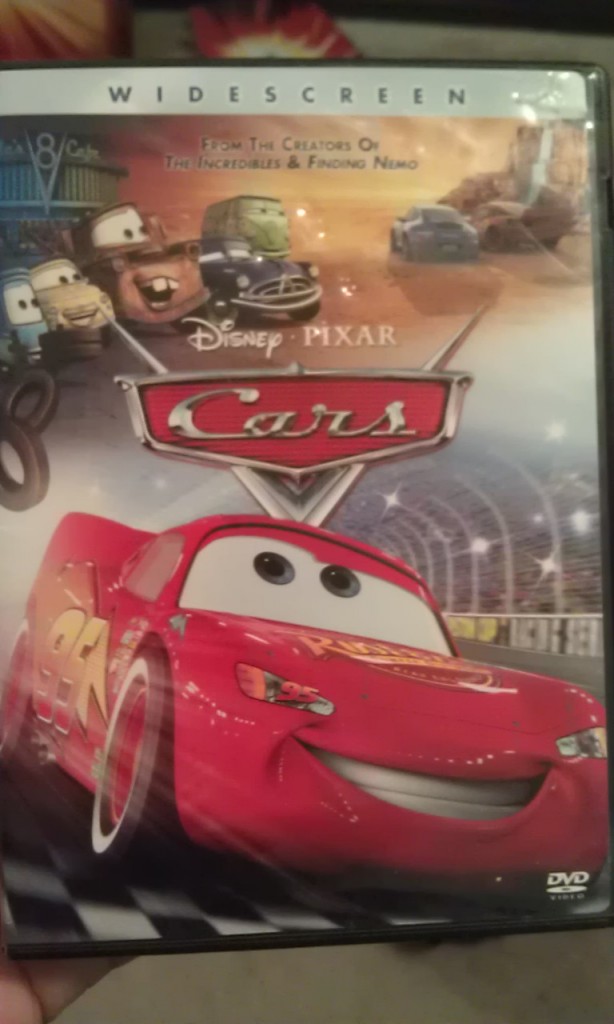 Surprising to many, I’ve only seen about 1/3 of Pixar’s output. I like 2D animation, I don’t go to many movies, and when I do go, I don’t want to deal with the squeals of children. At this point, I’ve only seen Toy Story, Monsters, Inc.,The Incredibles, and Up! That’s it. No Finding Nemo, No Wall-E, no Toy Story 3. Nothing. So, when I find cheap Pixar movies, I pick ’em up, even if they’re just investments in my future “Shut The Fuck Up On This Roadtrip, Kids” stockpile. I’m really weirded out by the concept of this movie, though. Who drives the cars? If they’re sentient, were they built, or were they put on this Earth by some kind of Car God? Are Click & Clack: The Tappet Brothers their Car Gods? Are there people in the stands, or are other cars the spectators? So many questions! 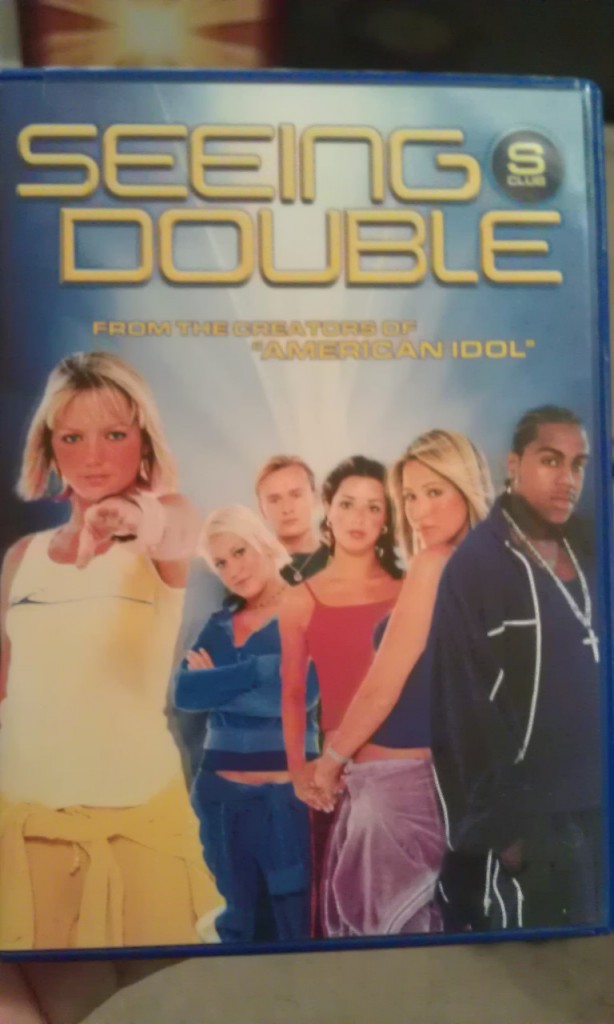 If you’re new here, I like “bad” pop. No, I LOVE it! One of my favorite groups from the past 15 years was S Club 7/S Club from the UK. Over there, they had a weekly TV series, sold out tours, and movies. Here, their show aired on the Fox Family Channel (before ABC bought it), but they were nobodies here, so it didn’t really have any resonance. Well, right before they broke up, they released Seeing Double, a movie about clones or some shit. Their TV series was just as cheesy as The Monkees, so a movie about S Club clones doesn’t seem that farfetched. It’s unbelievably hard to find UK stuff in the US, as half the torrents don’t work, and the streaming sites are being taken down every week. I still haven’t seen The Inbetweeners Movie. Anyway, I think this was $2, so it was worth it to me. Even if it’s horrible, it can’t be as sad as half the group’s recent “comeback” attempts:

They didn’t even lure back any of the hot members! It’s just token black guy, chick who got kicked off Big Brother for calling someone a “Paki”, and the one who pulled a “Geri” a quit before the group broke up. Let’s just say folks weren’t exactly lining up to support them.

Welp, that’s it for this installment. Until next time, continue looking for treasure, but keep your hands off my shit. It’s mine!

4 thoughts on “Thrift Justice – The One With All the DVDs”