So, once the 2-part Baltimore Comic-Con epic ended (thanks again, Brian!), I found that I still had a bunch of pictures left from the show. Now I know there are folks out there who do better cosplay posts than I could, but I still thought I’d give it a shot. 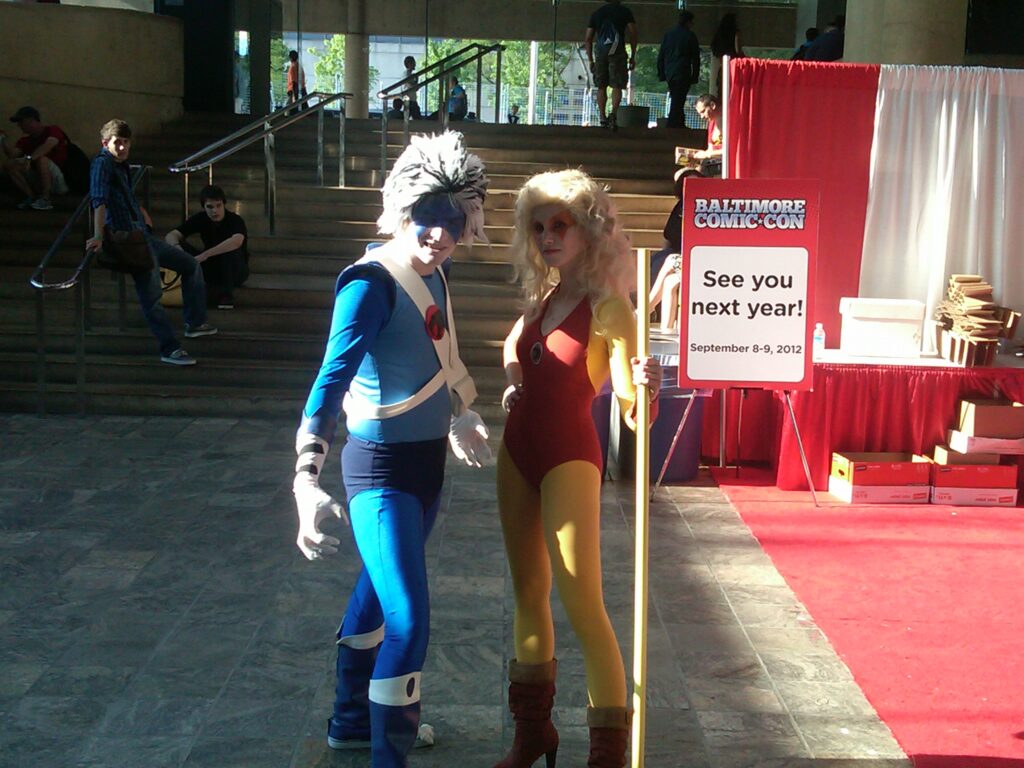 Well, the theme song did tell us they were loose… 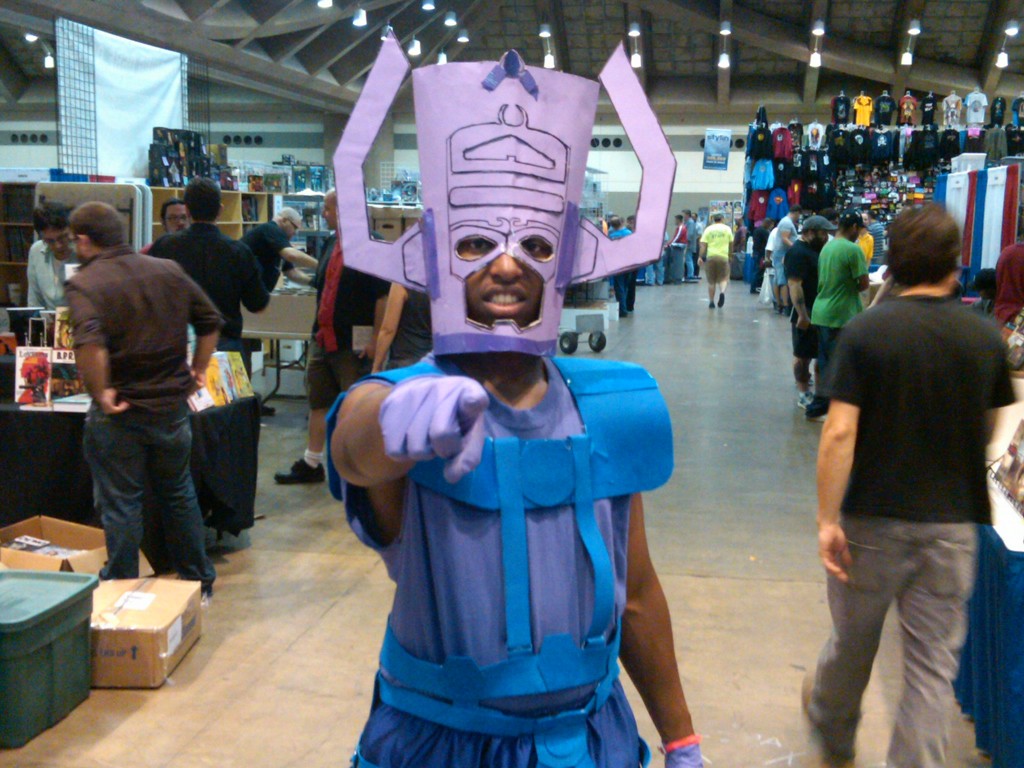 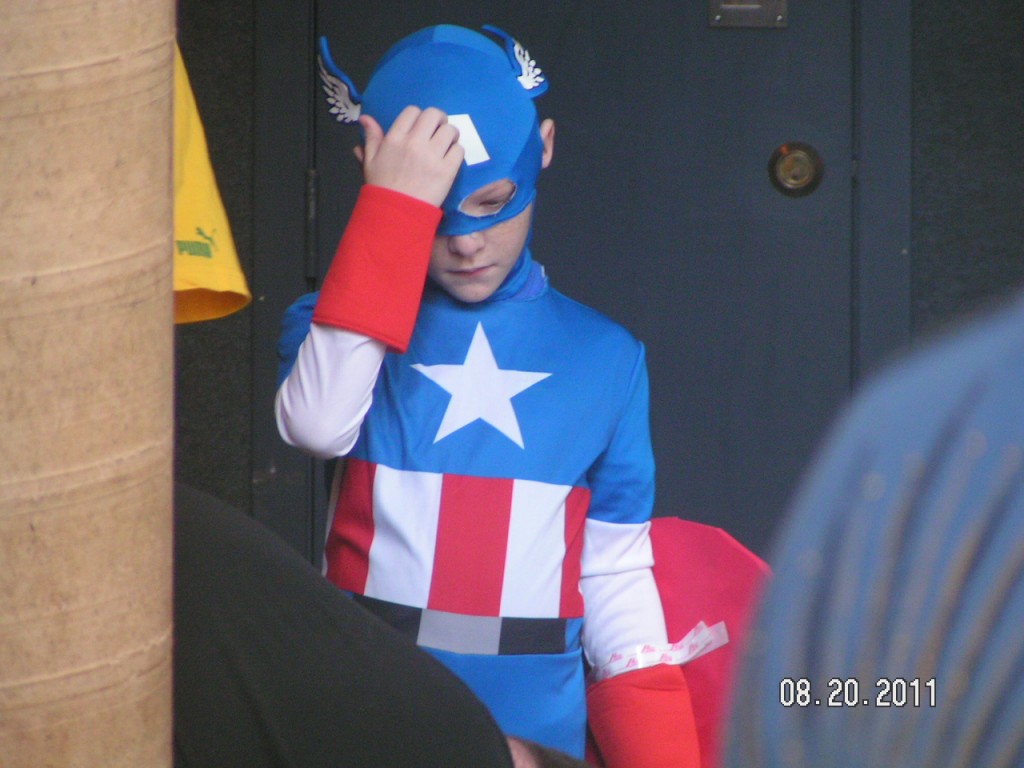 In the newly-launched Marvel Jr line, Kid Kap isn’t sure he’s up to the challenge of Reddy & Bones 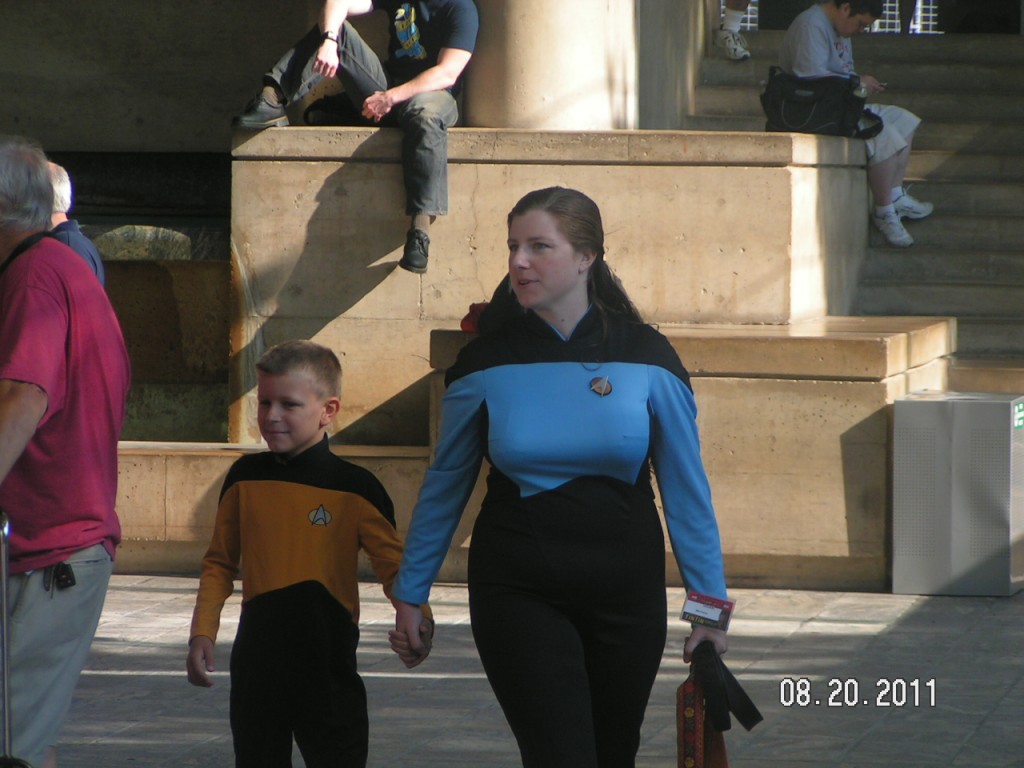 In the J.J. Abrams-verse, even Dr. Crusher & Wesley have been rebooted! 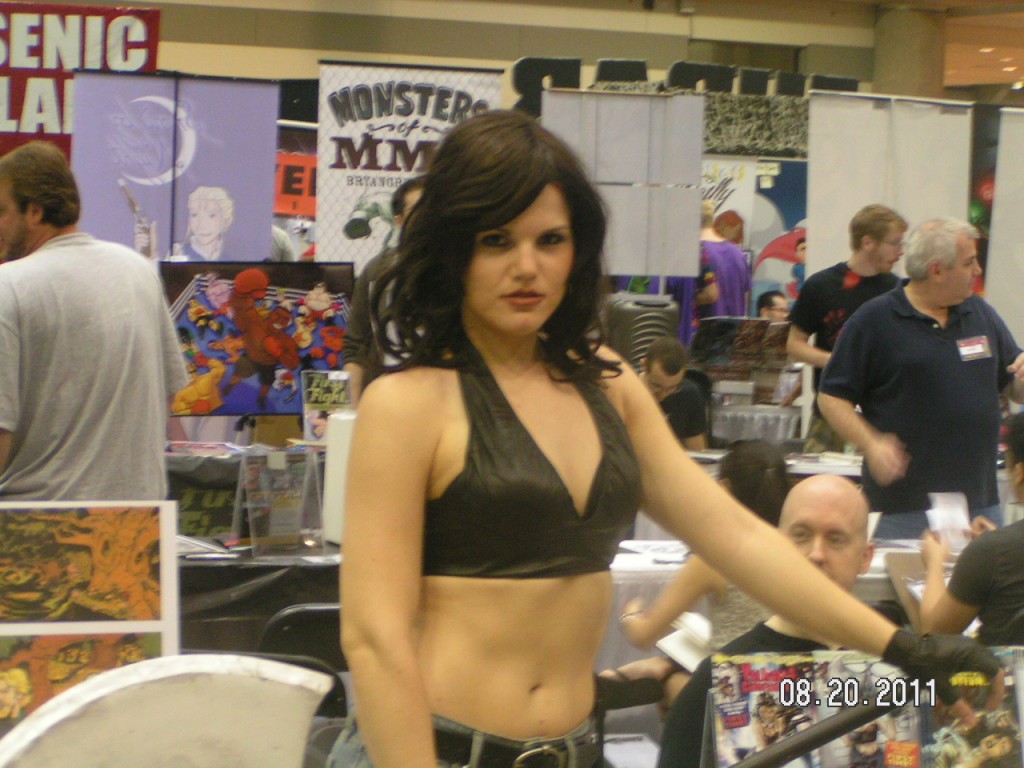 She had a giant axe. I’m still not sure if she was supposed to be someone or if it was just self-defense… 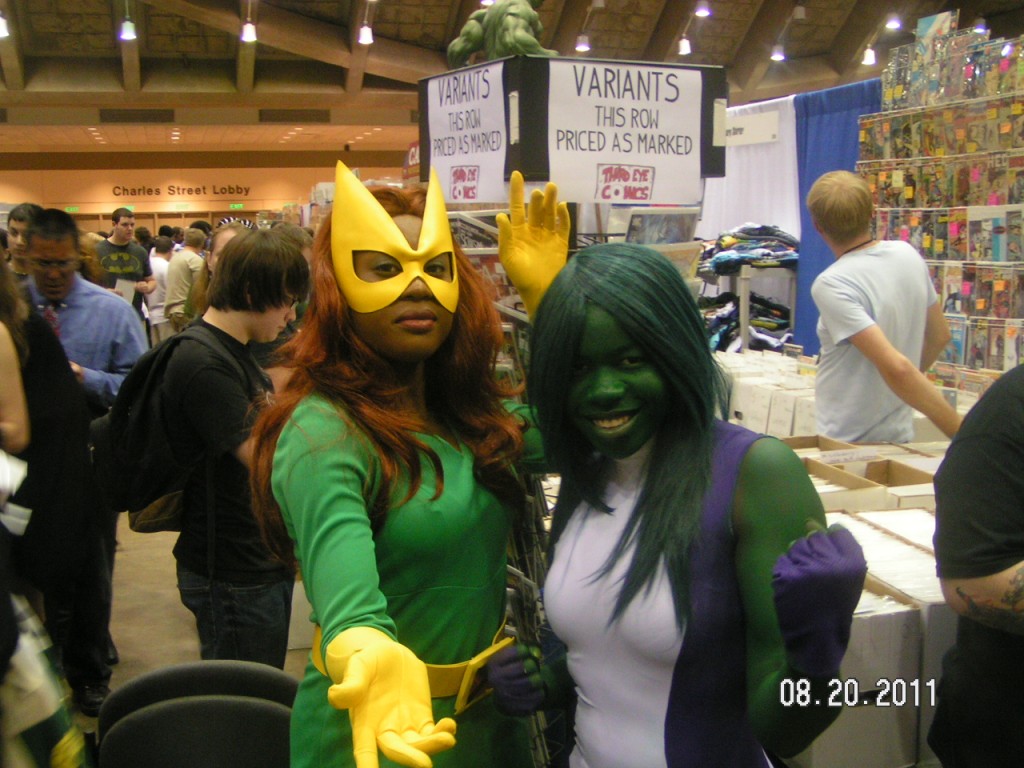 It’s nice to see the sistahs come out. Did I spell that right? We don’t use “er”, right? Anyway, She-Hulk was in an awesome JLA Vixen costume on Sunday, as she sat next to me at the Stan Lee panel. 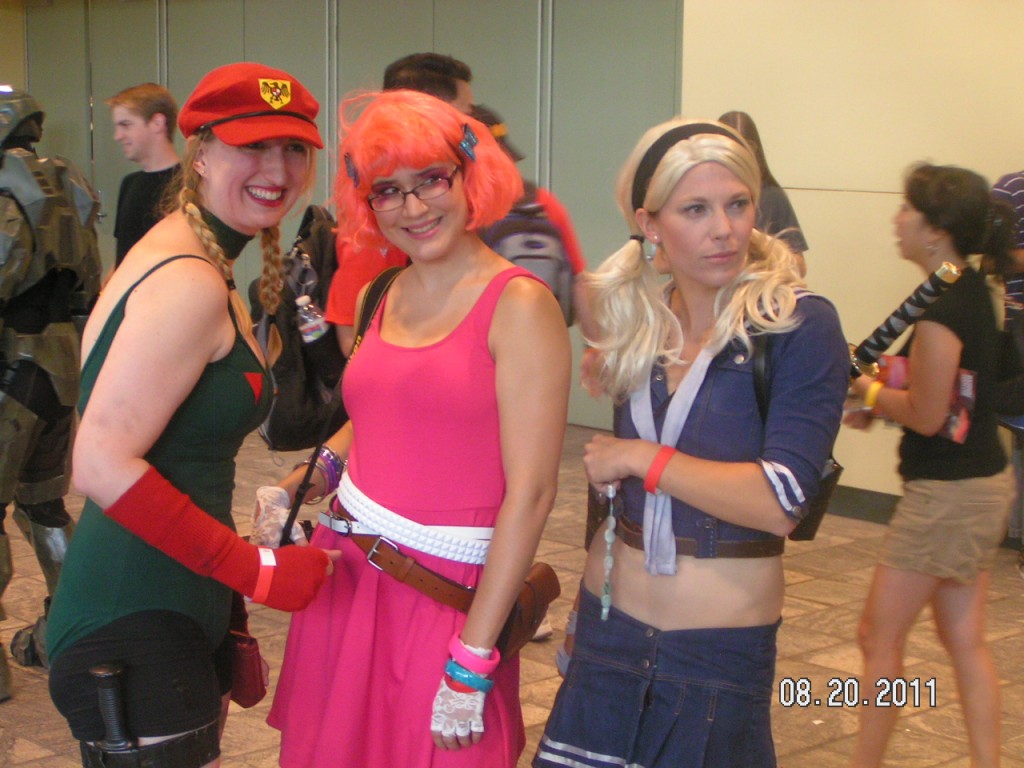 Hey, Mike! Steve! Rob! Aren’t those your moms over there?! Baby Doll looks like a young Meredith Baxter-Birney. If you read that in Chef’s voice, my mission here is done. 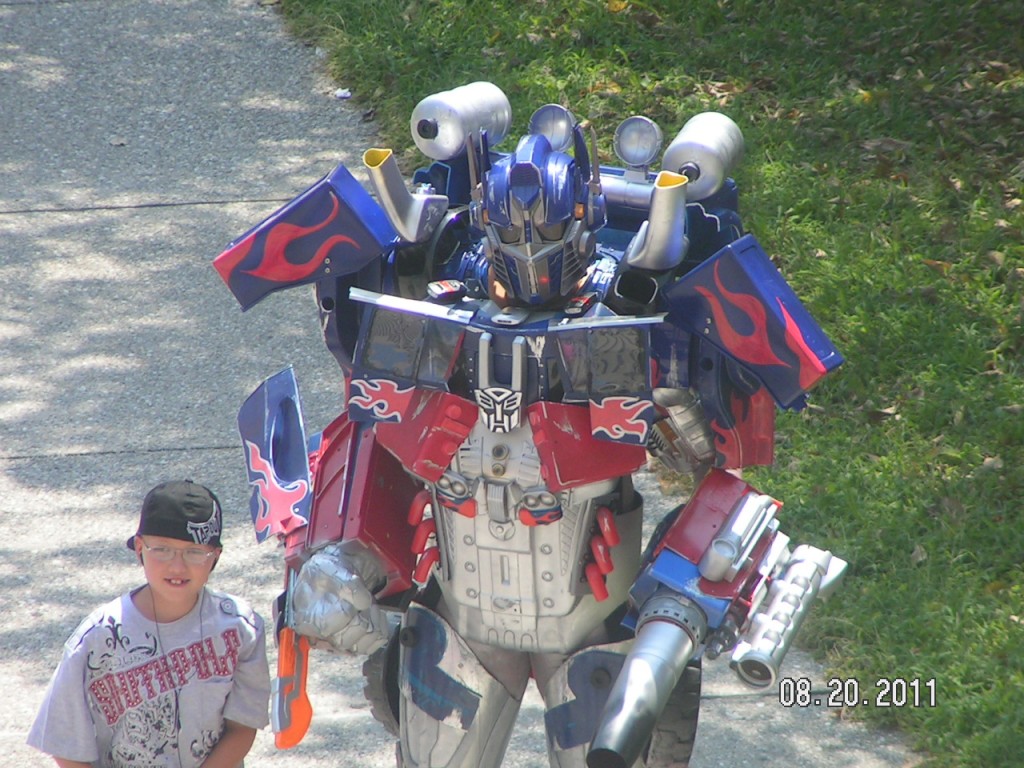 I’d say this was “Optimus Prime”, but I can just hear one of you saying, “Actually, that is the King Grandliner Robo” or some shit like that. Well, this is America. In America, we call ALL robot trucks “Optimus Prime”! Put down the Pokemon, and pick up a baseball. U! S! A! 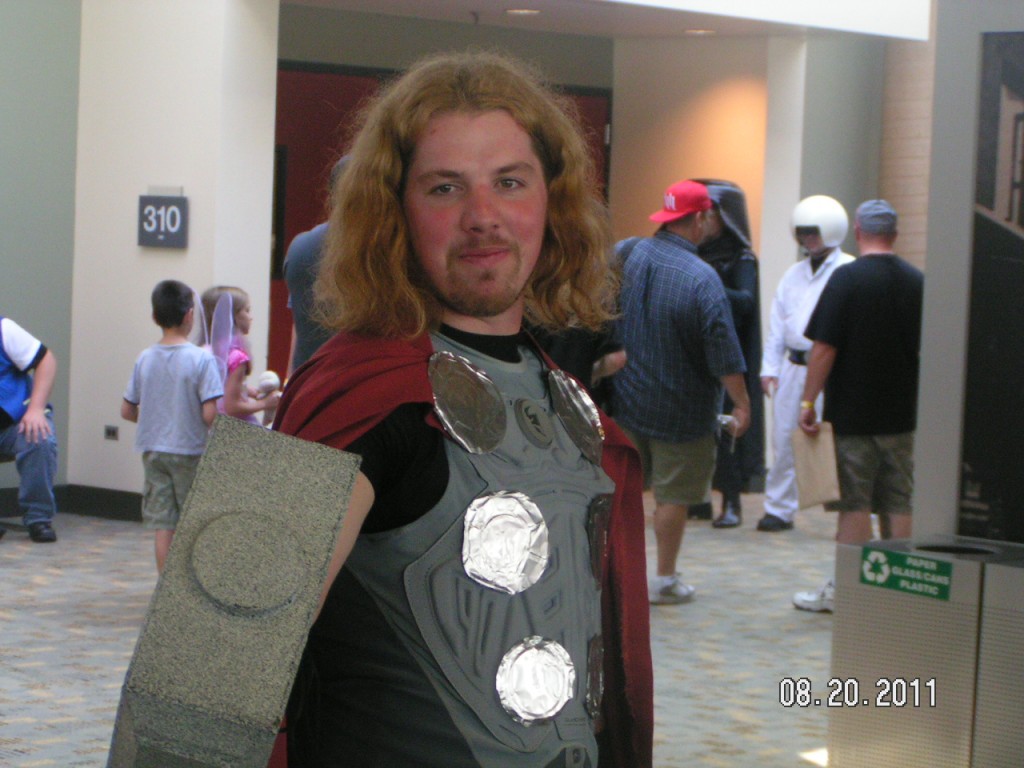 The Odinson doth invite you to visit his band’s MySpace page! 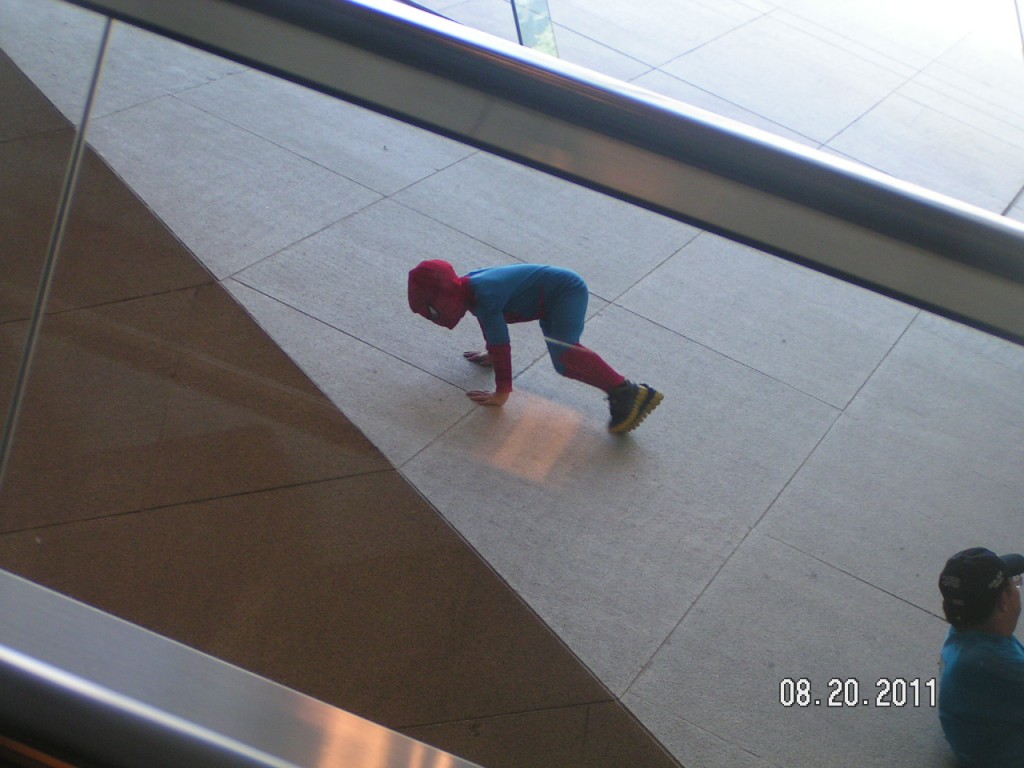 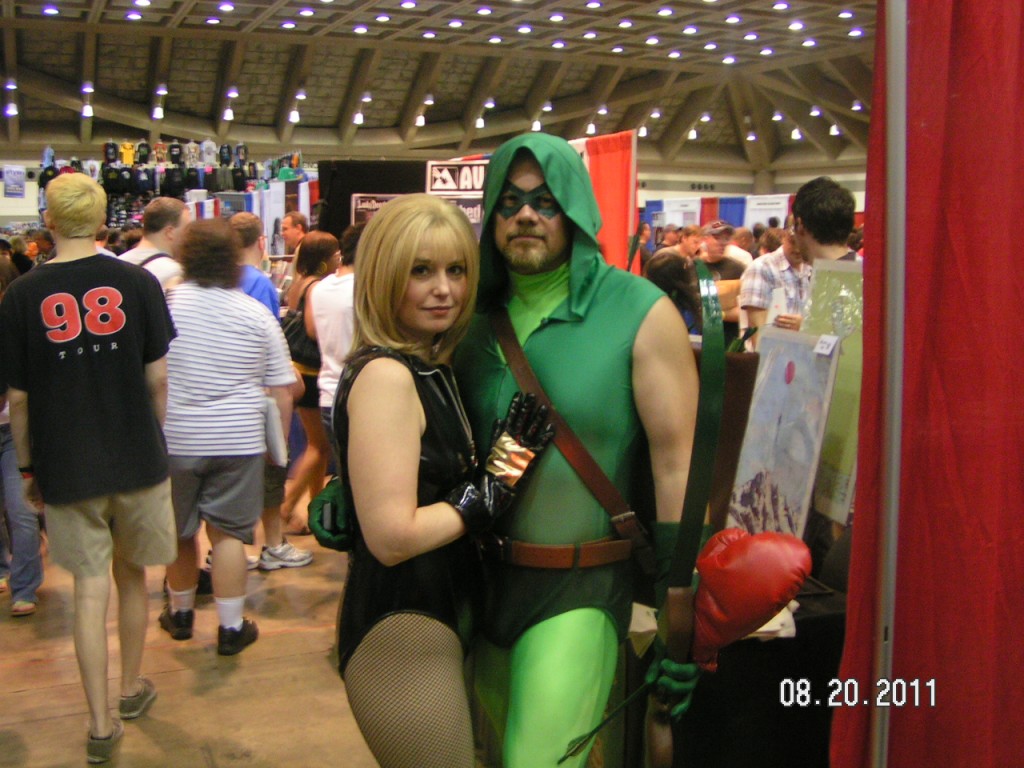 Great costumes, but I guess I was just expecting…more from the Smallville Reunion. 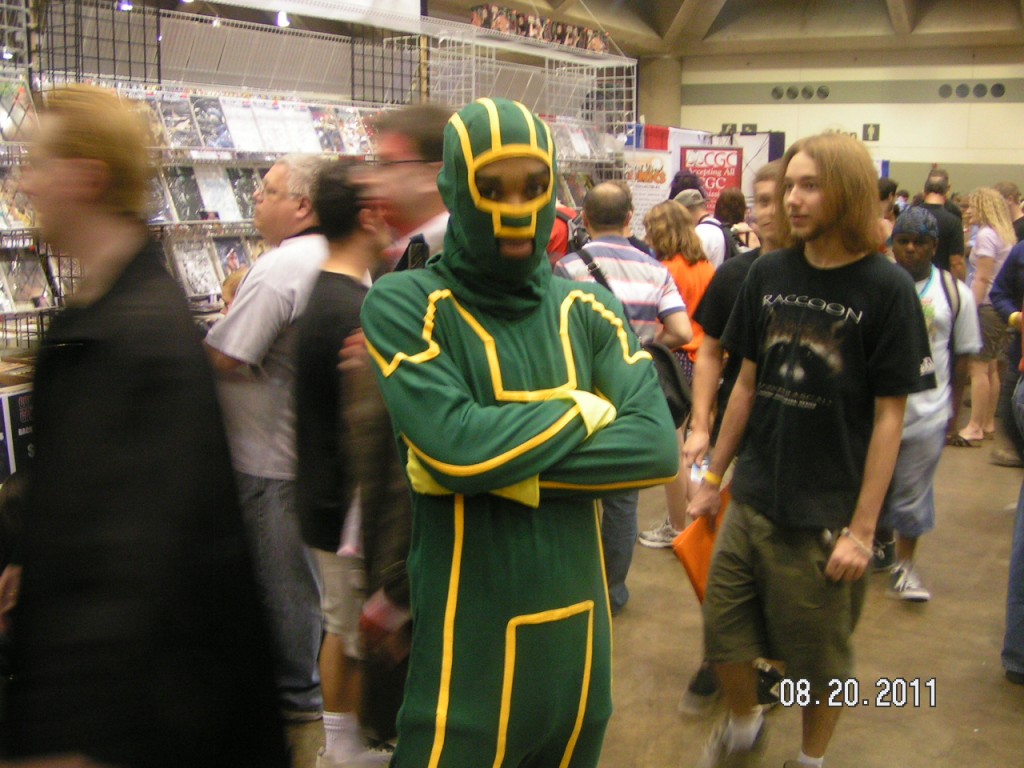 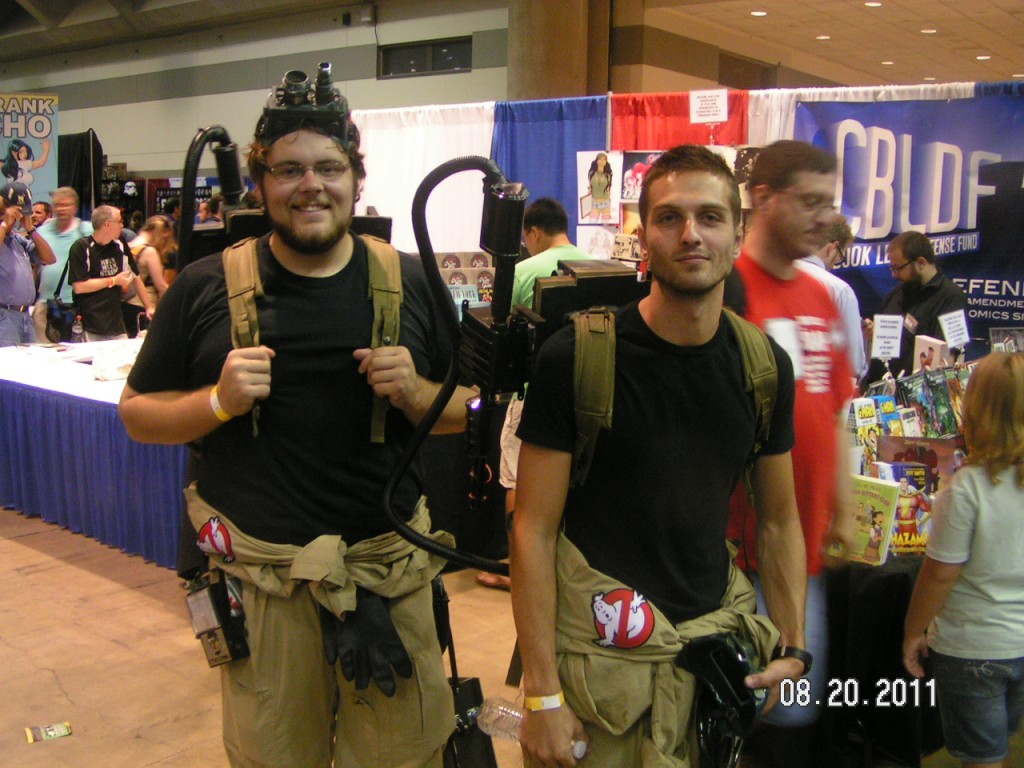 This pic ain’t fooling anybody. Dude on the right would be too busy banging chicks to be busting ghosts. Dude on the left? Totally a Ghostbuster. 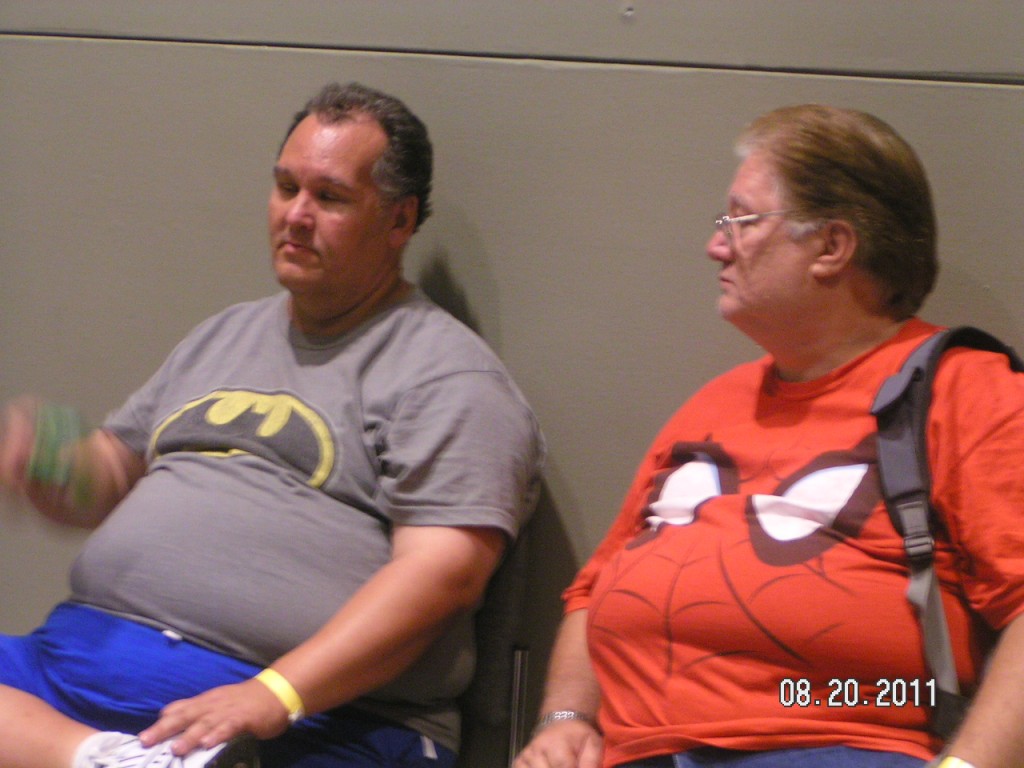 Not true cosplay, but it ought to be! 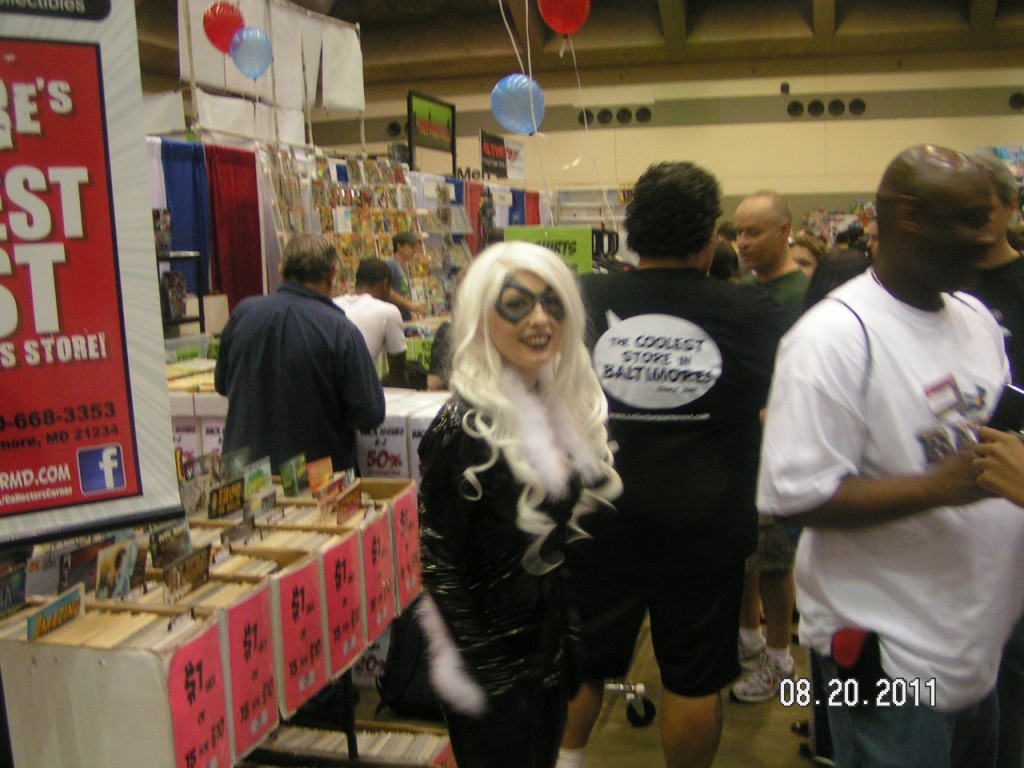 This chick made me kinda salty. You see, she was already posing for someone else, and I just took the picture. She noticed me and said “You have to ask! It’s rude if you don’t ask!” Look, you were ALREADY posing! Costume wasn’t that hot anyway. 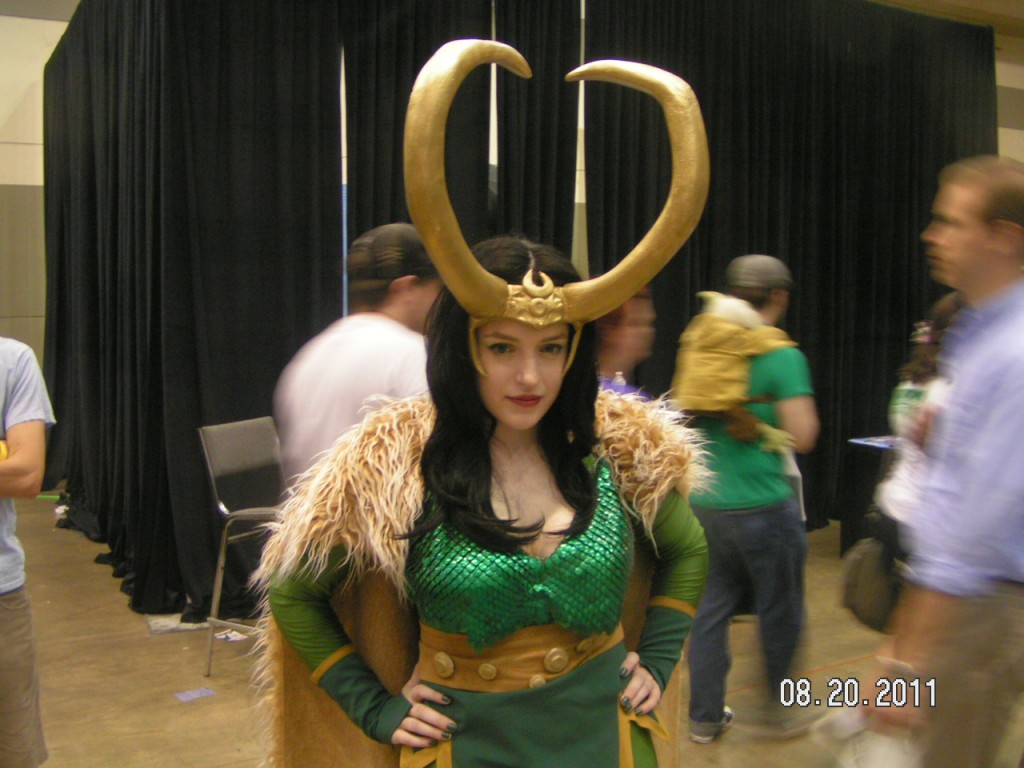 Wait, why are we rooting for Thor?! And she looked like Kat Dennings! I would’ve bought every issue of Dark Reign if they’d drawn “Lokette” as Kat Dennings! 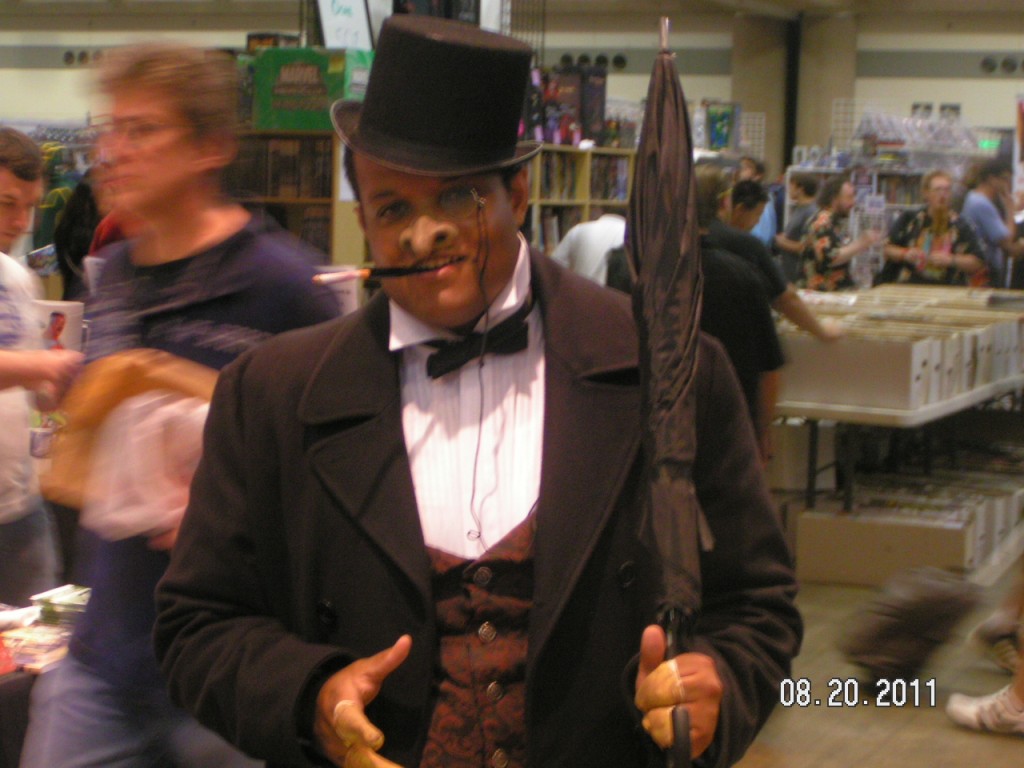 As aspiring America’s Top Blerd, I’m required by the King Doctrine of 1962 to acknowledge Blenguin. 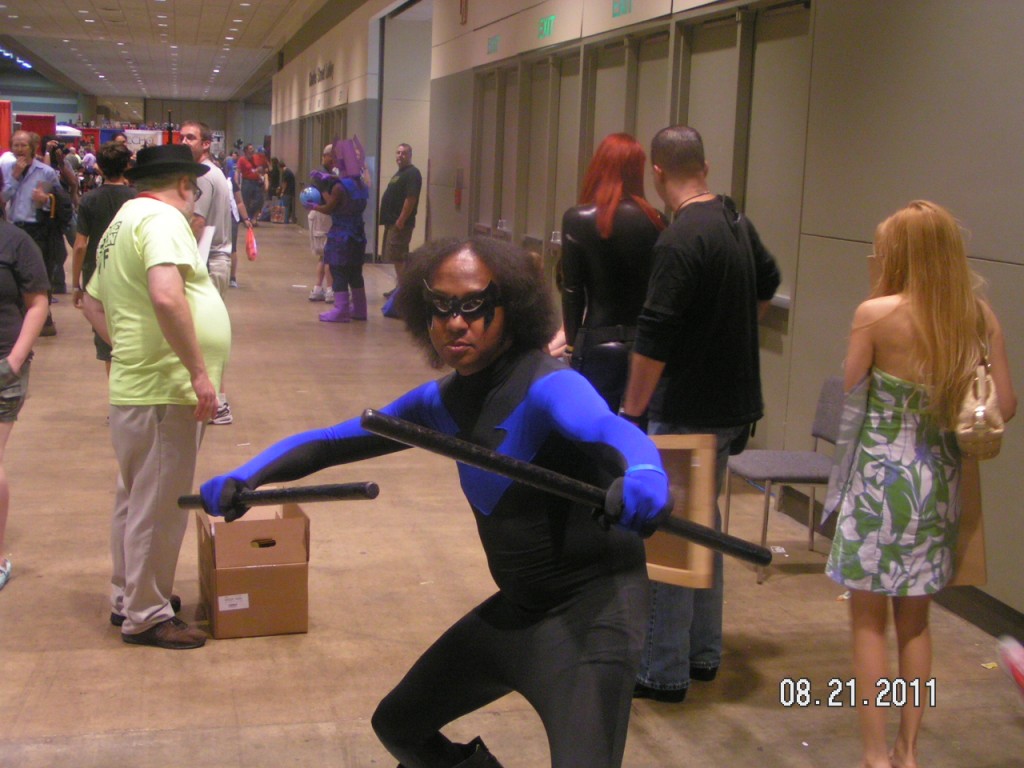